With Avengers: Infinity War and Ant-Man and the Wasp officially in theaters, it’s time to make way for the upcoming Captain Marvel starring Brie Larson. As the first female Marvel superhero to receive a solo film, Captain Marvel is the next installment in this phase of the MCU to hit theaters and will set her character up to be a key player in Avengers 4, which was hinted at during the post-credits Infinity War. 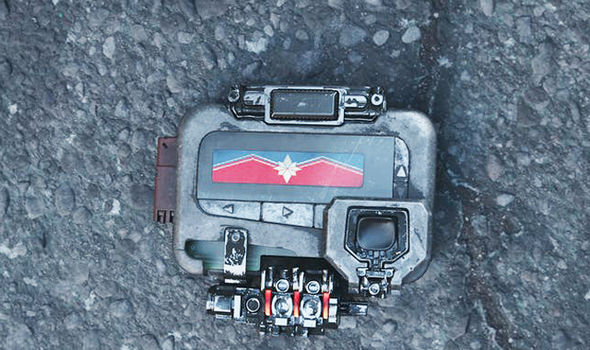 Brie Larson will be playing the titular role of Captain Marvel/Carol Danvers, an Air Force pilot whose DNA is fused with that of an alien during an accident. The resulting alteration instills her with the superpowers of strength, energy projection, and flight. It was reported back in November that Jude Law had signed onto the film as Doctor Walter Lawson, a.k.a. Mar-Vell, a man who helps Danvers figure out her new powers, but Law remained mum about it when asked at SDCC this past weekend where he was promoting the upcoming Fantastic Beasts sequel.

He did, however, somewhat confirm it when he continued by praising Larson’s performance in the film.

[row]”It’s been a very interesting experience. Brie Larson has approached it with incredible dedication and devotion. She really turned out a wonderful performance — fun and feisty and smart. I think she’s going to be absolutely magnificent.”[/row]

Fans are eagerly looking forward to Captain Marvel’s introduction into the MCU, which was only revved up more when Kevin Feige teased that she would be the most powerful hero they’ve ever introduced.

[row]“All of the Marvel characters have flaws to them, all of them have a deep humanity to them. With Captain Marvel, she is as powerful a character as we’ve ever put in a movie. Her powers are off the charts, and when she’s introduced, she will be by far the strongest character we’ve ever had. It’s important, then, to counterbalance that with someone who feels real. She needs to have a humanity to tap into, and Brie can do that.”[/row]

After the events that took place in Infinity War, the Avengers are absolutely going to need someone of Captain Marvel’s magnitude, because they are in a pretty dire situation having had half of humanity wiped out by Thanos.