Jon Gosselin, ex-husband of Kate Gosselin, is claimed to have never paid child support. A lawyer for Kate said Jon, “clearly owes her $132,875 in child support, not counting interest,” but a source close to Jon disagreed. “This is a complete fabrication,” an insider told Us Weekly.

In addition to their twenty-one-year-old twin daughters, Mady and Cara, the former couple has eight other children: Alexis, Collin, Joel, Hannah Leah and Aaden. All of these children are eighteen years old or younger. After a decade of marriage Kate filed for divorce in June 2009 where she claimed full custody over all the kids. However later down the road in 2018 both Collin and Hannah moved back in with their father .

“Jon owes no money to Kate for child support,”According to the source, Kate was told to go home and “to pay Jon child support for the final year of Hannah and Collin’s high school.” The insider alleged, “There is proof in legal documents from June 2018 that show the Superior Court of PA quashed Kate’s appeal for Jon to pay her $132K. They quashed the whole thing so he never owed her any money.” 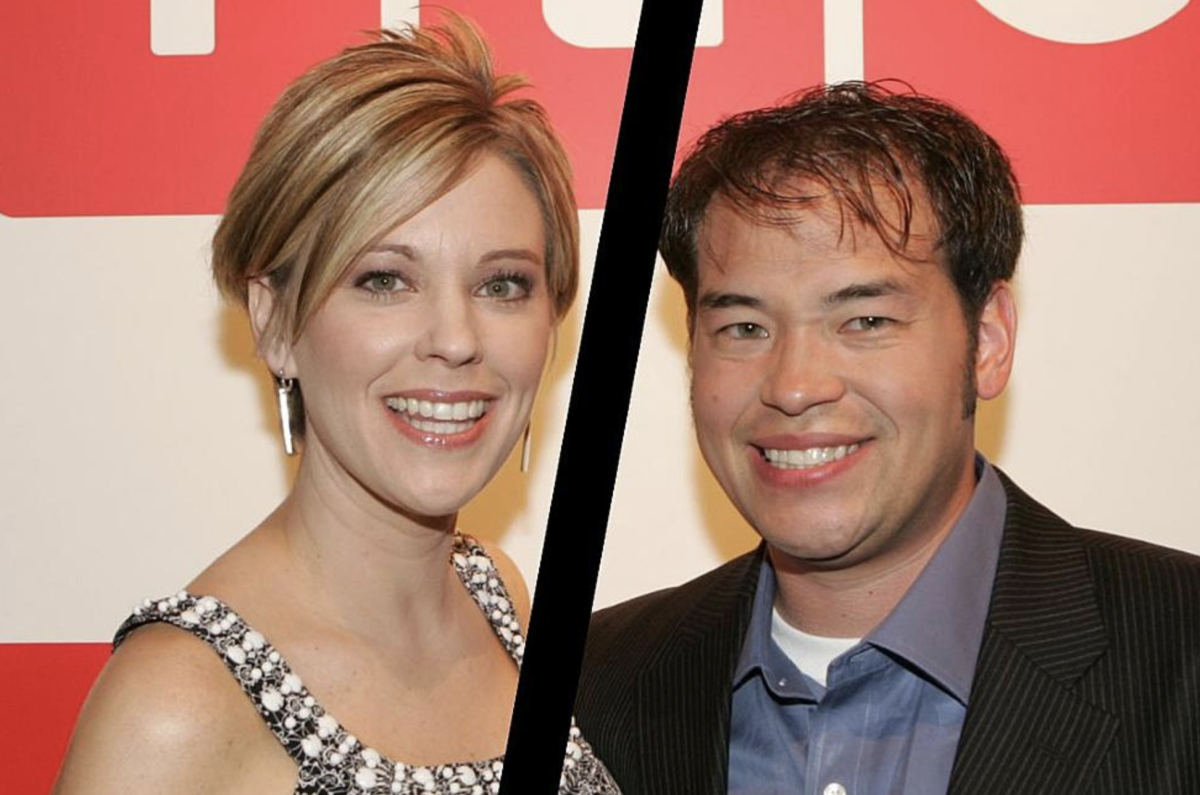 Earlier this month, Jon accused Kate of spending her children’s money unwisely. “It’s disgusting and it’s morally wrong,” he claimed in an interview with The Sun. “Parents are not supposed to withdraw any money from these accounts without permission and without drawing up paperwork that they will pay it back — but she has produced no paperwork and no payments have been made. You can’t just live off your kids’ money.”

During a recent interview, Chris de Burgh’s wife, Karen Kanojia, revealed that the DJ had referred to his child custody struggle with Kate in 2019 during which she admitted to taking money from her children’s trust funds. Documents pertaining to Kate’s legal battle were leaked by The Sun, revealing that she withdrew $50,000 twice.
“survive” and pay for daily living expenses.

“It makes me feel disgusted. She has been on TV telling the world she has saved her children’s money when she’s actually been stealing from them — she’s a hypocrite,” Jon told the outlet. “There’s been no remorse from her at all. Now they’re 18 [and] she thinks she can get away scot-free.”

Kate’s lawyer Richard J. Puleo told Us in response to her financial claims,

“Kate stole large sums of money from her kids and Jon revealed the details in hopes that Kate would have even the slightest conscience and return the money to the kids,” the source said, adding it was “no surprise Kate never” repaid her debt. “Jon has only ever tried to ensure his kids have a normal childhood and at the very least get the money they earned for remaining on TV for their mother Kate.”