When his doorman testifies in court, Johnny Depp bursts out laughing.

The one hundred million-dollar lawsuit between Johnny Depp and Amber Heard has taken a strange turn when the Pirates of the Caribbean star’s doorman brought hilarity to the courtroom with his unusual testimony. 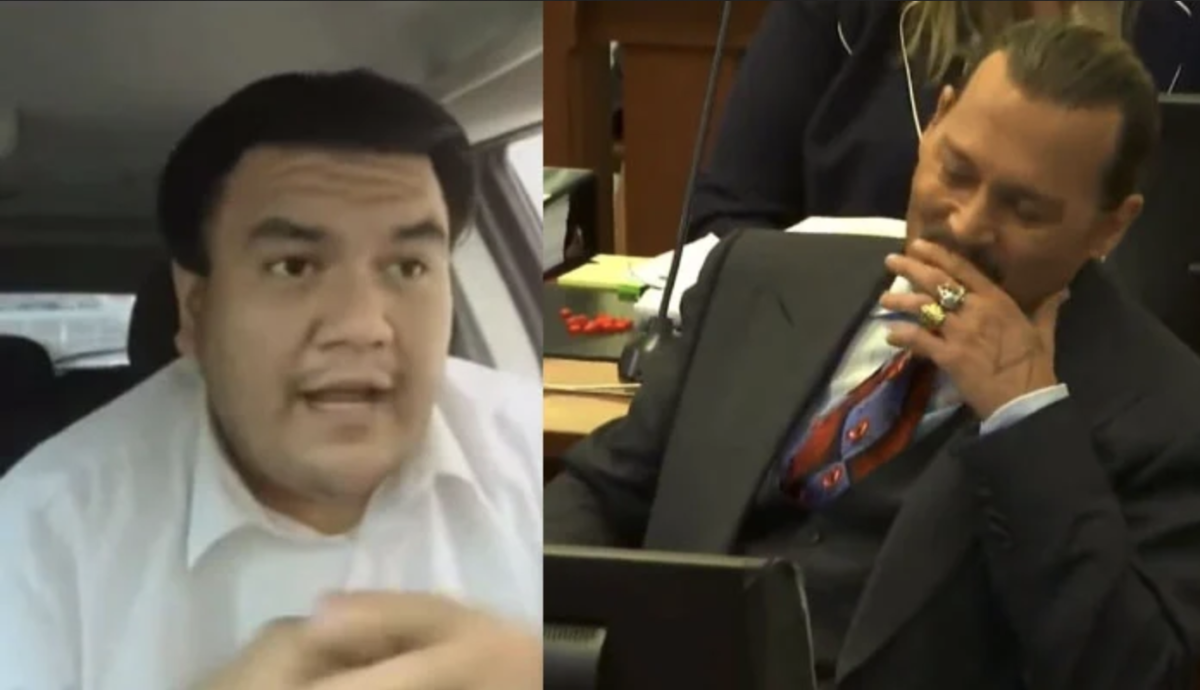 Romero, who has spent time at Depp’s LA mansion where he owns five penthouses, described the occurrence when Heard asked him to look into a trespasser after their dog scratched the front door.

Romero said in a pre-recorded video that he thought to himself, “What?’ Four inches off the ground? The dog was scratching.”

“In my head, you think someone is trying to get into your unit with scratches four inches above the floor?” he said while vaping and driving in the video clip.

Reacting to Romero’s funny testimony, Depp burst out laughing and the public gallery also joined in with Romero adding, “They were terrified”.

“They asked me to go inside the unit and inspect each room individually. It’s part of my job, so I did it,” Romero told the court.

Watch the testimony below!

Watch Alejandro Romero making court laugh describing when Amber and her friend Rocky claimed someone was trying to get into their unit because they saw scratches on the door 4 inches above the ground. #Deppheardtrial #JohnnyDeppVsAmberHeard pic.twitter.com/NceljLWUIY