Syfy programming is about to get an extra added dose of horror.  Legendary horror filmmaker and director John Carpenter recently signed a deal with Universal Cable Productions (UCP) and will be teaming up with Syfy in order to bring to life the scripted anthology Tales for a Halloween Night.  In addition, Carpenter and UCP will be developing Simon R. Green’s Nightside as part of the deal.  Carpenter will be executive producing these and other scripted programs for NBCUniversal along with Sandy King, his partner of Storm King Productions.

Carpenter is looking forward to the opportunity and said in a statement:

“I’m excited to partner with Universal Cable Productions on this venture into television.  On one hand, it’s a return home to Universal, where I have fond memories, and on the other, it’s a step into the future with great new creative partners in programming.”

“John Carpenter is an incredible creator whose dark imagination has left an indelible mark in film and in our dreams. We are thrilled to have a master of the horror genre join UCP.”

Tales for a Halloween Night will be based on Carpenter’s award-winning graphic novel anthology.  The graphic novel combines stories from all different genres such as movies, novels, and comics featuring tales of graveyards, sunken ships, ghosts, and more!  Currently, the production is still searching for someone to pen the script for the series.

Nightside is based on Green’s literary works.  The title refers to a place in London where the sun never shines.  This place is kept in eternal darkness and has become a place where dark and mysterious creatures of the night reside.  Jill Blotevogel (MTV’s Scream) is on board as writer and as executive producer.  Nightside is still searching for a network to home the series.

Are you excited to see the work of John Carpenter on television?  Tell us your thoughts in the comment section below. 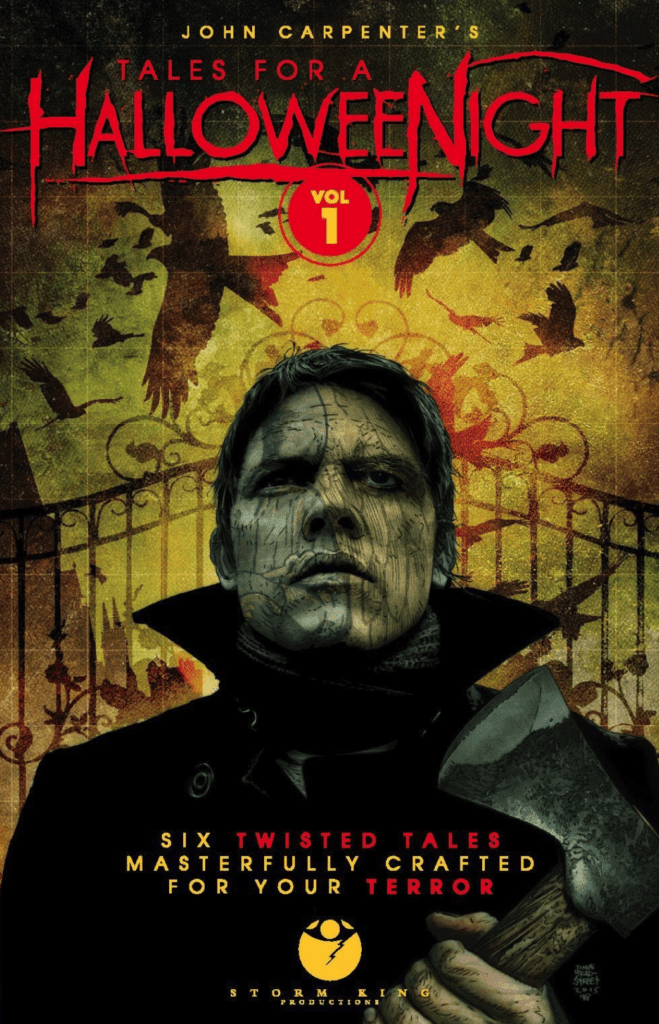