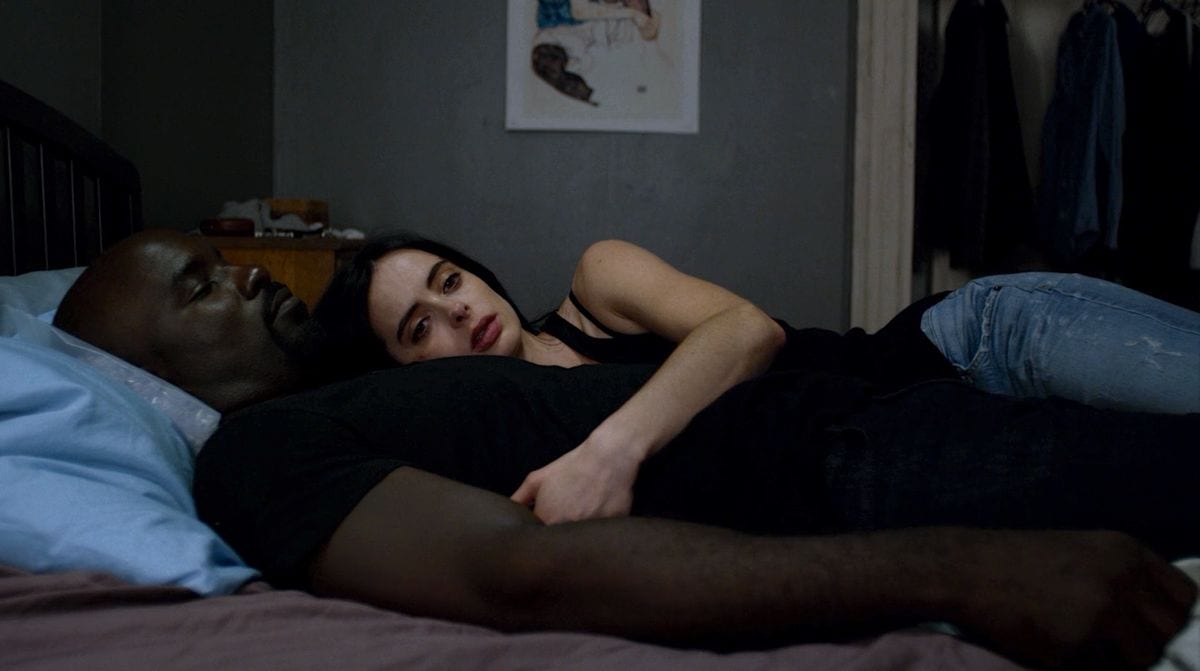 With the arrival of Luke Cage on Netflix earlier today, Jessica Jones‘ showrunner Melissa Rosenberg decided to discuss what role (if any) Mike Colter would play in Jones’ second season.

“Cheo Hodari Coker (creator of Luke Cage) and I pass each other in the hall all the time and say hello. But I also have, in my second season, one of the writers on Luke Cage, so in terms of moving forward with what has happened in Luke’s story, with season two, not that that’s as relevant to Jessica’s story this season. But it’s all connected and it’s all very important. So Cheo and I haven’t had a lot of face time, but we’ve passed each other in this,” Rosenberg told The Hollywood Reporter.

She also seemed to confirm that Colter would not a be a regular:

“The thing I’m most sad about is to not work with Mike Colter every day. That was a really great collaboration, and Krysten and Mike had a real special bond and chemistry. We’ll miss him in that regard. But from the beginning, we were like teachers in an elementary school, getting him ready to pass him on to the next show and making sure we’ve done all we can to set him up as best as we can.”

It’s speculated that Jones’ second season will shoot back to back with The Defenders, debuting sometime in 2018. The next series to follow Luke Cage, however, will be Iron Fist (starring Finn Jones), expected to be released either in March or April 2017.