After sustaining major injuries in an unfortunate snowplow accident, Jeremy Renner is showing his appreciation to fans for their ongoing love and support.

The Hawkeye actor, 51, broke his silence on Tuesday, sharing a photo from his hospital bed on Instagram.

“Thank you all for your kind words. . Im too messed up now to type. But I send love to you all,” he wrote in the caption.

On New Year’s Day, Sunday, Jan. 1st 2021, Reno resident Renner sustained blunt chest trauma and orthopedic injuries after a snowplow accident on his property. The next day he underwent surgery and was admitted to the Intensive Care Unit in critical yet stable condition.

A rep told PEOPLE Tuesday that Renner was “moving snow from his driveway on Sunday so that his family members could depart his home after spending New Years together. He was also helping clear out the snow of his neighbor’s home as everyone up there had been without power for 24 hours and there had been a large snowfall.”

“So he was helping everyone in trying to clear out the snow so people could get out,” the rep added.

In a previous statement from that day, Renner’s rep said, “Jeremy’s family would like to express their gratitude to the incredible doctors and nurses looking after him, Truckee Meadows Fire and Rescue, Washoe County Sheriff, Reno City Mayor Hillary Schieve and the Carano and Murdock families. They are also tremendously overwhelmed and appreciative of the outpouring of love and support from his fans.”

Renner is dad to daughter Ava Berlin, 9, whom he shares with ex-wife Sonni Pacheco. 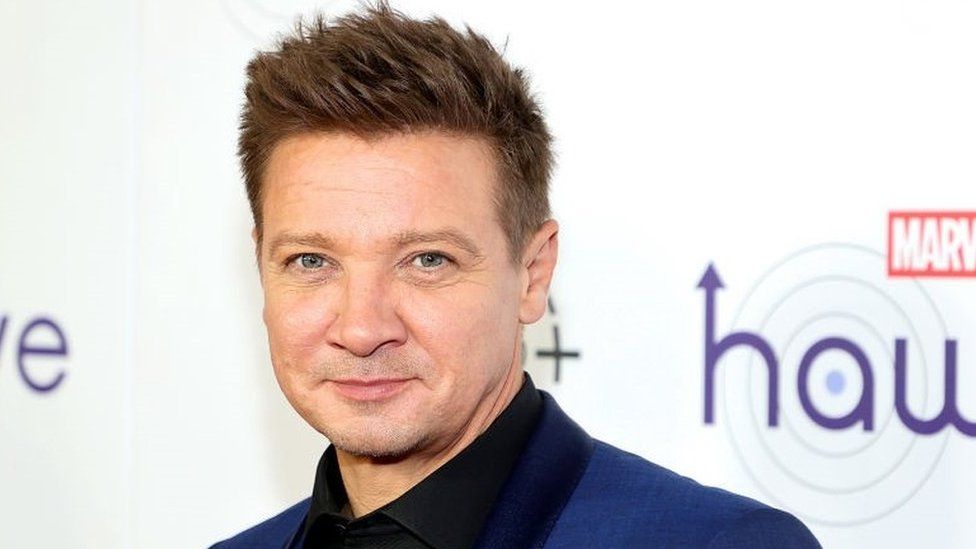 The actor was the only party involved in the incident, according to local authorities. Following the accident, a rep told PEOPLE that “his family is with him and he is receiving excellent care.” Shortly after, a source said Renner’s injuries were “extensive,” while a rep said he remained in “critical but stable condition.”

Renner has become an iconic figure for his portrayal of Hawkeye, the superhero in Marvel’s feature films. He also starred in a string of other popular movies such as The Bourne Legacy (2012), American Hustle (2013) and Mission: Impossible – Rogue Nation (2015). His talent was further confirmed with two Academy Award nominations for his leading roles in The Hurt Locker (2008) and The Town (2010).