As Jeremy Renner turns 52, he is taking a moment to express his sincere gratitude for the medical team who has been helping him heal from injuries sustained in an unfortunate snowplow incident.

“Thank you renowned medical ICU team for beginning this journey,” Renner wrote on an image shared to his Instagram story. The snapshot shows the actor in a hospital bed, surrounded by medical professionals. 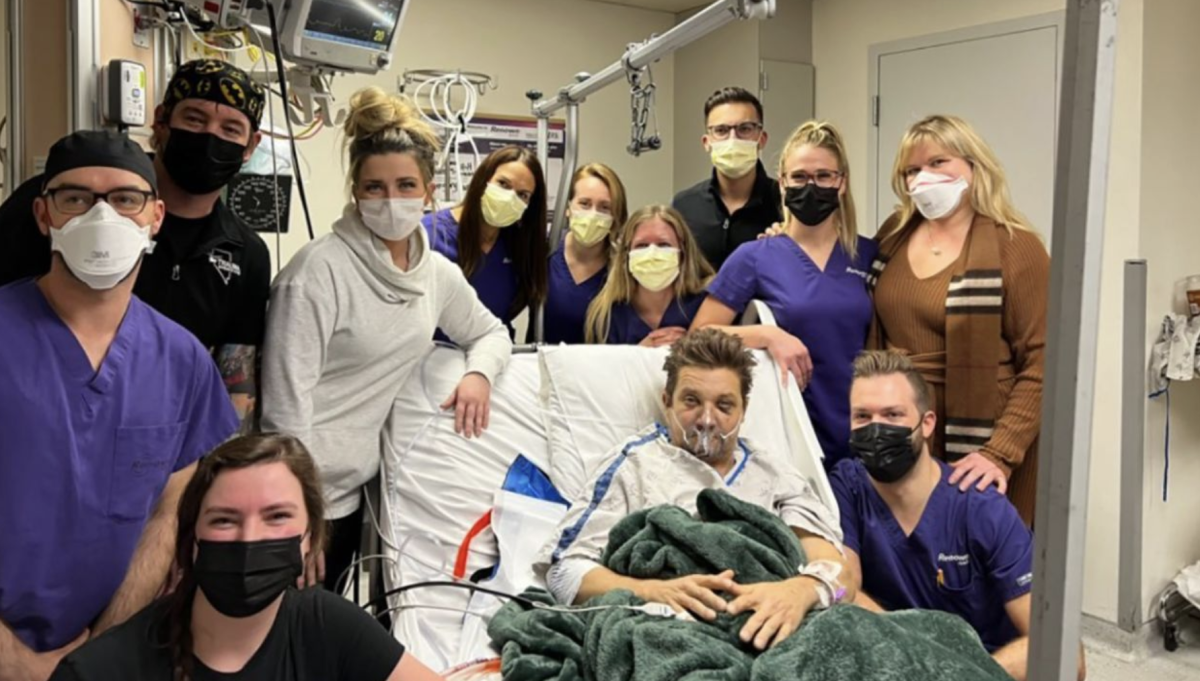 Two surgeries and a third update later, Renner has been bravely recovering since his snowplow accident near his Nevada residence on New Year’s Day. The Marvel star had been shoveling out the driveway when he was crushed by it as reported by CNN. His publicist shared with us that this late Friday post marks Renner’s road to recovery journey.

To commemorate Renner’s special day, his supporters put together an energizing dance to 50 Cent’s classic “In Da Club.” He expressed immeasurable gratitude for the “birthday love.”

Several other actors also sent birthday wishes to Renner. “Happy birthday to one of the toughest guys I know,” wrote Chris Evans on his Instagram story with a picture of Renner. “Sending so much love your way.”

At a press conference held on Tuesday, Sheriff Darin Balaam of Washoe County revealed that Renner was hurt while attempting to board his snowcat – an engine-powered vehicle used for clearing off snow. He had been outside the driver’s seat when it started moving away from him, and members of his family were present at the time of injury.

Early on New Year’s morning, the authorities were alerted of this disastrous accident and consequently closed down the highway due to its hazardous winter conditions. As a result, Renner had to be airlifted by helicopter for emergency medical treatment.