Jeopardy Season 39 premiered on Monday, with Ken Jennings returning as host. This season, Jennings will continue to share hosting duties with actress Mayim Bialik, but he started off the new installment this time around. Fans were ecstatic to see him kicking off the new season and they hoped that he wouldn’t be going anywhere.

Since the death of longtime host Alex Trebek in December 2020, Jeopardy! has yet to reach equilibrium. The program aired a full season with alternating guest hosts, giving everyone enough time to form an opinion on who the new permanent host should be. Last season was hosted by Jennings and Bialik in turns – each recording a week or two’s worth of episodes at a time after several difficulties. Many fans were shocked to hear that this system would continue into the next season. 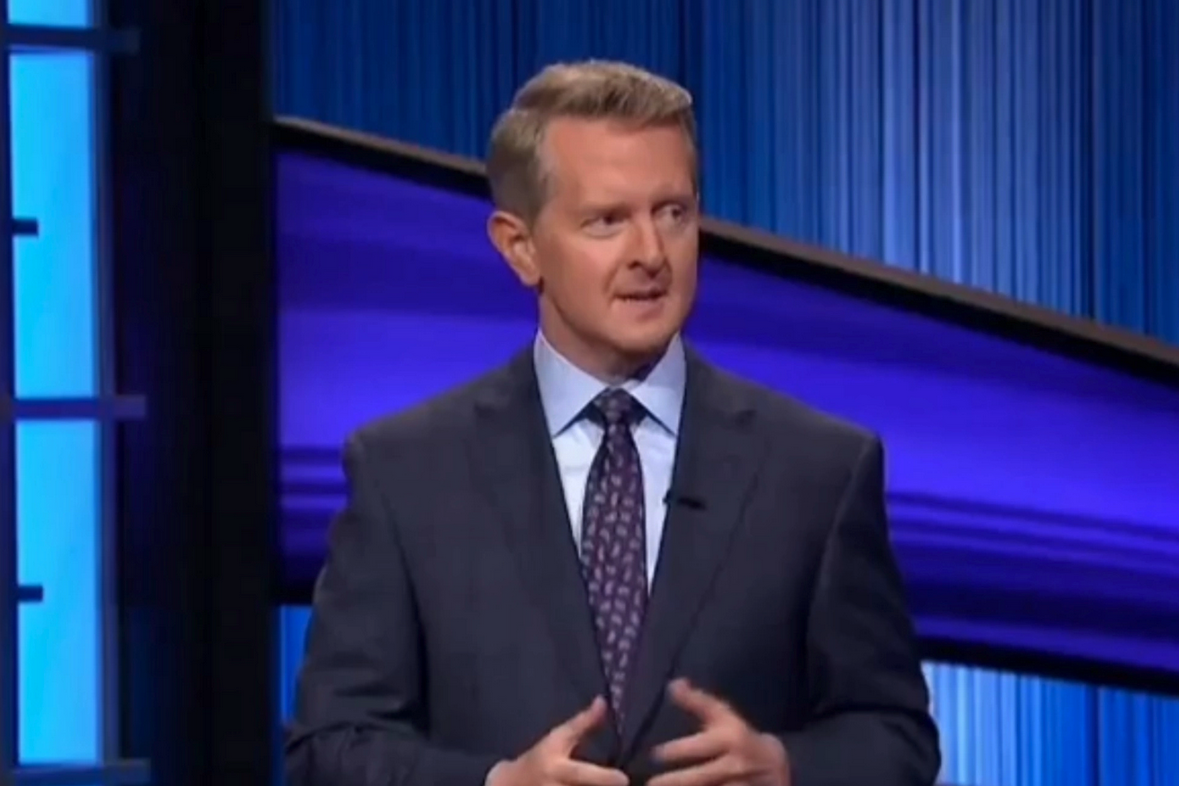 On Monday, some fans discovered that Jennings is no longer the full-time host of Jeopardy. Many were displeased by this revelation, while others still seem to be unaware. The show may have caused confusion among viewers by changing its introduction; where as Jennings was introduced as “the host of Jeopardy” last season, he is now introduced as simply “hosting Jeopardy”

However, the same will apply to Bialik once she starts hosting.

For the time being, Jeopardy’s die-hard fans are just relieved that the show is back on weeknights at 7 p.m. ET. Scroll down to read some of the most passionate tweets about the season premiere and Jeopardy’s comeback from social media.

And the crowd goes 👏👏👏 After two and a half years without an audience, it feels good to have you back.

I have no words; I’m just flailing and screaming!! Ken Jennings, THE HOST OF JEOPARDY!

I’m ecstatic over the casting of Ken Jennings as THE HOST OF JEOPARDY! It’s about time this happened!! #jeopardy #KenJennings

Although the new intro may seem like a small change, it was very significant to fans. Some people thought that in the last two years, Jennings had not been given enough credit for his role in promoting and making Jeopardy enjoyable to watch.

I love this host! #kenjennings #jeopardy

We were worried at first, but we’re huge fans of Ken Jennings and this is our favorite episode of Jeopardy!

Some fans prefer Jennings while others prefer Bialik, and some viewers claim they only watch the show when their favorite is hosting. Consequently, those who usually enjoy watching Jennings were thrilled to see that he would be leading the first few episodes.

Ken Jennings is now the host of Jeopardy!, not just a temporary replacement.

For those who haven’t been keeping up with entertainment news, the hosting situation at Jeopardy this season may be confusing. Many viewers live-tweeted their confusion during the new episode.

If #AlexTrebek could have picked his successor to host @Jeopardy, I think @KenJennings would have been his first choice. Ken exemplifies the best of what the show is about as the audience recaction showed.

If Alex Trebek could have picked his successor to host Jeopardy, Ken Jennings would have undoubtedly been his first choice. This is because Ken exemplifies everything that the show embodies, as shown by the audience reaction.

After two unbalanced years since Alex Trebek’s death, and though the half season break still feels strange, it’s nice to hear “and here is the host of Jeopardy, Ken Jennings!”

Johnny Gilbert put a little mustard on it too.

For many fans, the best Jeopardy host would be someone who is most like Trebek. Jennings meets that criteria better than anyone else.

it really is a lost art form pic.twitter.com/FscOFkGKsf

The art of paper Cutting is a lost craft.

I was the lucky person who got to compete against Julia on my very first Jeopardy! show 18½ years ago. It’s a moment I’ll always cherish.

Jennings’ long history on Jeopardy as a contestant and a host prompted many fans to take a trip down memory lane.

Do I enjoy Ken Jennings and Mayim Bialik as Jeopardy hosts? No. Will I continue to watch each episode? Of course.

Fans argued that the debate surrounding the perfect host was exaggerated because, at the end of the day, Jeopardy is more about  the contestants and game itself rather than who is standing at the podium.

I'm not really a game show watcher, but I did watch the return of Jeopardy! and it is nice to see #KenJennings introduced as the host. I do wish he had continued with closing by saying "Thank you Alex."

While I don’t often watch game shows, I tuned in for the return of Jeopardy! and was pleased to see #KenJennings as the host. That said, I do wish he had kept with tradition by saying “Thank you Alex.” at the end of each episode.

Finally, some viewers noticed that this season, Jennings’ sign-off “thank you, Alex” was absent. There were a variety of opinions on the subject.