Sony Pictures Television has not commented on the speculation, but sources told Deadline Monday that Bialik and Jennings, 48, are close to deals to be back for Season 39.

According to Deadline, Bialik, 46, was in talks with Sony about her availability since she is currently working on the Fox sitcom Call Me Kat. Bialik also hosted primetime Jeopardy! specials and spin-offs for Sony. ABC has hired her to host the first season of Celebrity Jeopardy! Sundays at 9 p.m., although Sony hasn’t made it official yet.

Bialik and Jennings have been hosting Jeopardy! for most of Season 38. The season started out in total chaos following Richards’ scandals. Richards was hired as executive producer for the 2020-2021 season, so he was in charge when Trebek died in November 2020. He then arranged a carousel of guest hosts for the remainder of the season, setting aside two weeks of shows for himself. 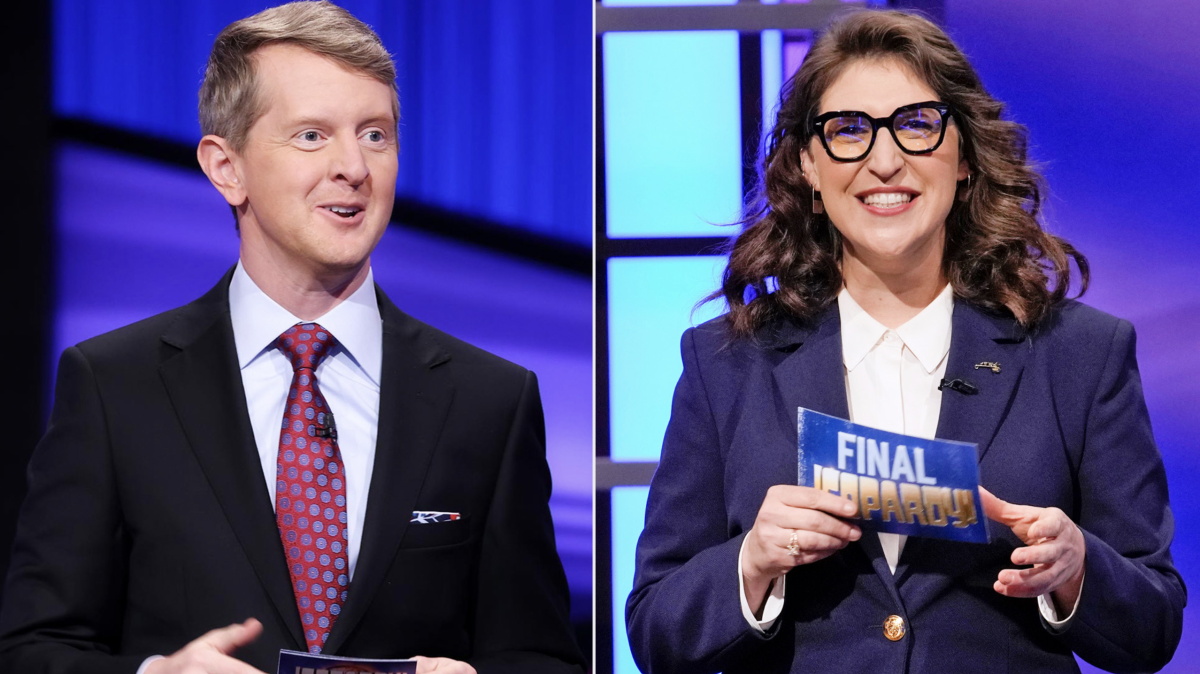 It was also reported that Richards was in negotiations with Sony to become the permanent Jeopardy! host on August 1, 2021 shortly after the season ended. Then came the fallouts from his tenure as executive producer of The Price is Right, including his wrongful termination and sexual harassment claims. His misogynistic and racist remarks from a podcast resurfaced as well.

Although Bialik has other projects in the works, she told Entertainment Tonight in March she “would love” to be made the permanent Jeopardy! host. “I think being a female is its own mark,” Bialik said. “My grandparents were immigrants to this country, so I think for me, being in two generations being a woman and a host in that iconic role blows my mind.”

Bialik added that it was an honor to meet Trebek and it would be impossible to “match” the television icon. “I got to meet them when we dedicated the stage and just feel so humbled around them,” she told ET. “I want to only honor. You can’t match him, so there’s no need to try, but do it continuously, and have their blessing and feel what they are doing is supporting that legacy.”