Jennifer Lopez performed at their wedding reception in Georgia. Lopez sang passionately for Ben Affleck in a new video from their wedding.

Lopez wore one of three custom dresses from Ralph Lauren. She sang and danced for her husband and guests.

Flanked by backup singers and dancers, she crooned an original song about how she “can’t get enough,” as seen in footage released by TMZ. Affleck married Lopez last month in Las Vegas and had a smile on his face throughout the ceremony.

The couple celebrated their second wedding on Saturday with over 100 guests. They had the wedding at Affleck’s 87-acre compound on Hampton Island Preserve in Georgia. Jay Shetty conducted the main ceremony on the back lawn under a white framework filled with white flowers, and thousands of candles lit in the courtyard. The main event on Friday included a traditional Southern-inspired, family-style dinner with everyone in attendance wearing white. 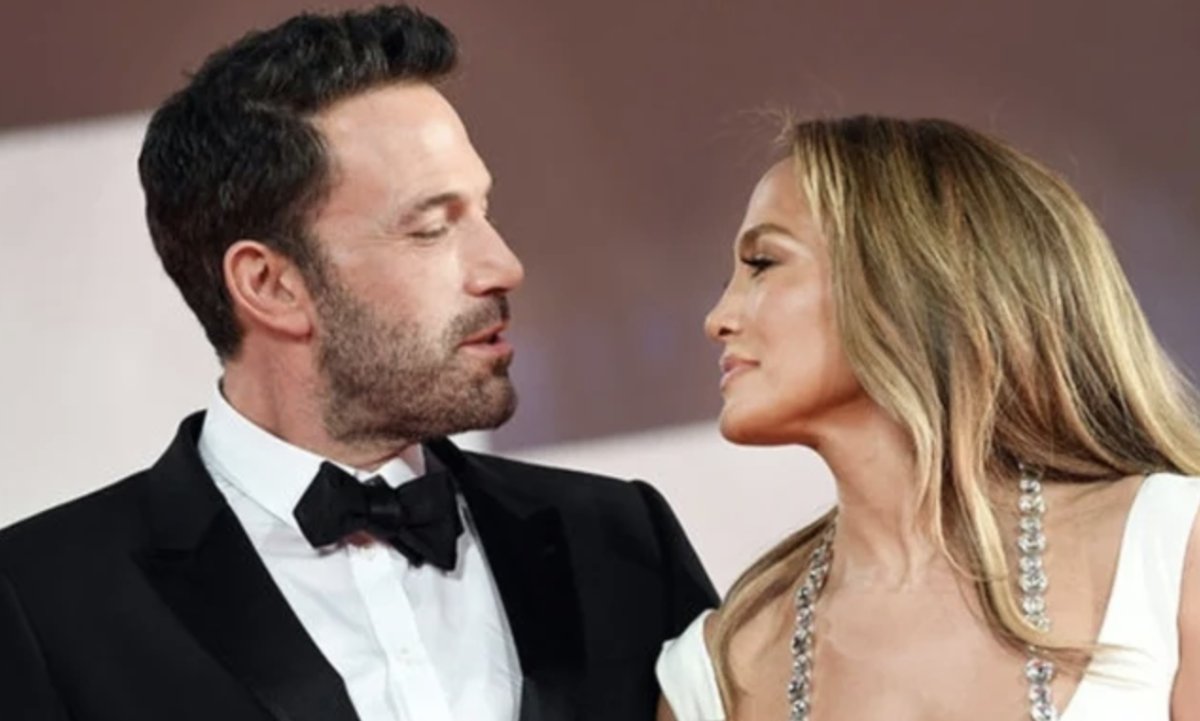 The location is significant to the couple, a source told PEOPLE. “Ben bought the property 20 years ago when they were engaged first time around,” the insider said. “They have a special connection there, and his 50th birthday was last week so it made sense to do it there and then.”

After the wedding, the newlyweds went on a honeymoon in Italy. They were seen sharing a kiss by Lake Como and shopping in Milan. They also ate at an Italian hotel this week. An eyewitness who observed the pair at the restaurant told PEOPLE, “They were attentive only to each other, didn’t have eyes for anything else.”

The source added, “They seemed to very much enjoy the evening, as they arrived when the sun was still high and stayed on well after dark.” Paparazzi also captured Affleck staring at Lopez’s wedding dress on his phone shortly after their honeymoon began. Director Kevin Smith was present at the ceremony and told Yahoo Entertainment the wedding was “one of the most profoundly beautiful f***ing moments of my life, and it didn’t even happen to me.”