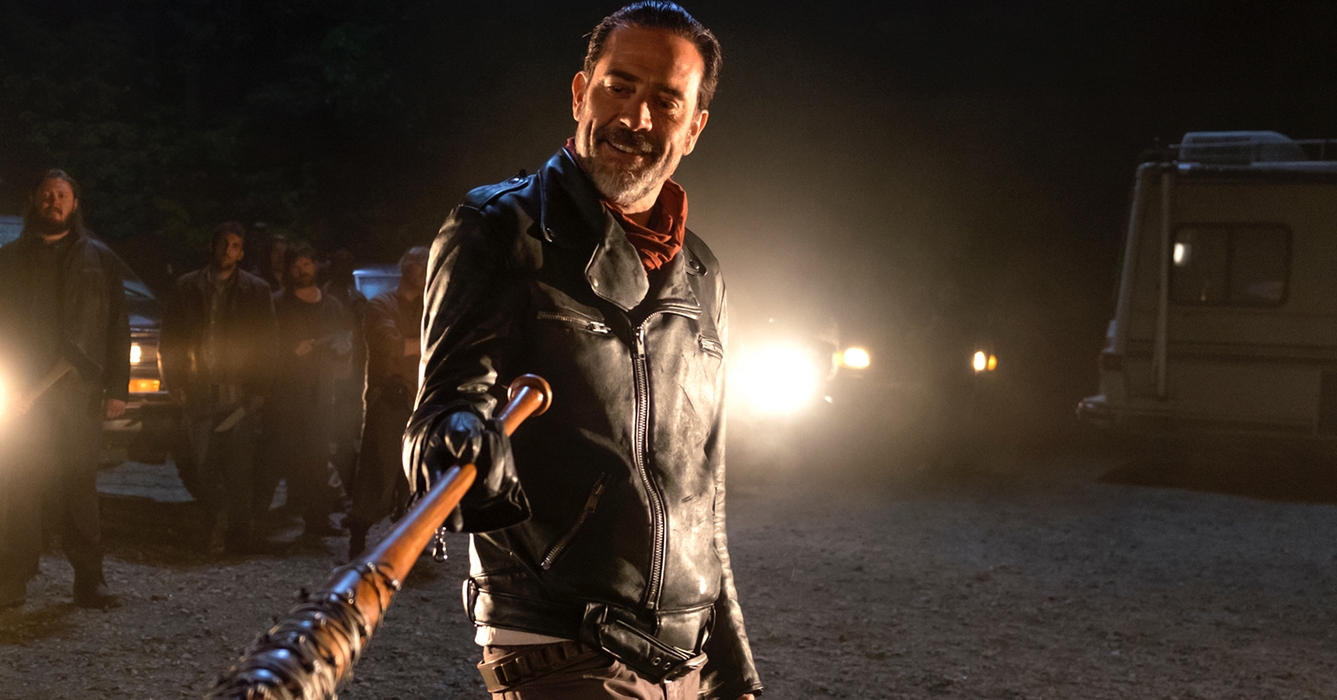 Whether you love Negan or hate him, you have to admit that his portrayer, Jeffrey Dean Morgan is downright charming and hilarious! During his visit to AOL this past Wednesday, Morgan gave some more insight into the process of playing the madman, such as the dynamic between Negan and Rick:

“I look at Andy Lincoln in particular, this is a guy that, you know Negan doesn’t work… without Rick, and I don’t work as Negan unless Andy Lincoln is acting his a** off and being this guy that we’re seeing after – we’ve seen after six years build this character up to be… I mean Rick is a f***ing man, you know, he is this – he is large and in charge, so the only way Negan works is because Rick is so broken down…”

He also shared some more details about the season six cliffhanger, which he referred to as the “boo” cliffhanger thanks to a male fan seated in the audience who booed at the mere mention of it –

“I didn’t even know who Negan’s victims were when I finished filming it, and then I went back to The Good Wife… I shot two days of The Walking Dead finale, the “boo” cliffhanger and then went back on Good Wife and shot that in – I think I had a week between finishing The Good Wife and being full time on Walking Dead. And we came back with 701, and that’s when I found out – I knew two days before I shot ’cause Norman spilled the beans on who I was gonna kill. And I was like, ‘Really, two?!'”

Watch Jeffrey swear up a storm and talk about things like the special effects that went into bashing some skulls and the Wounded Warrior Project below!