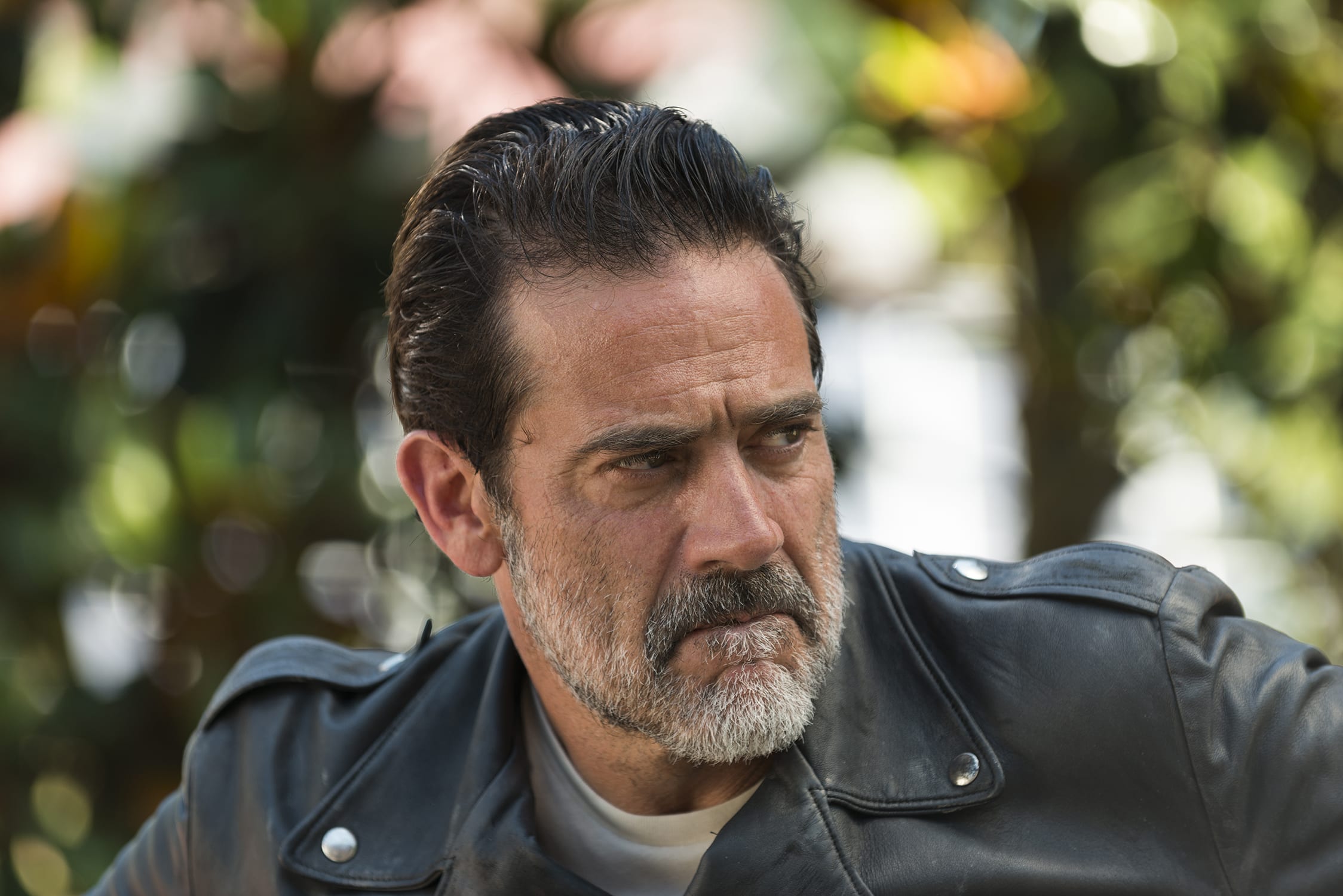 Looks like Negan’s life span has been prolonged for the immediate future!

During his visit to The Howard Stern show yesterday, Jeffrey Dean Morgan confirmed that he will indeed return for the eighth season of The Walking Dead:

“I will be on board for season 8. We’ve finished [Season 7] a week ago,” Morgan told Stern.

Morgan also discussed some of the fan mail he gets from female viewers as well as male reactions:

“It’s mostly women who I get really weird fan mail from. Like, they just want to be, I don’t know, gagged and tied up and beat on a little bit. I see [men] come up and size themselves up next to me, kind of puffing out their chest.”

Even Jeffrey’s six year old son has dressed up as Negan at home, but of course, he doesn’t watch the show –

“He’s got his own baseball bat. He’s got a little Lucille. [One day] he comes bounding out of the chicken coop and he’s dressed full Negan with the baseball bat.”

Don’t worry, no poultry was harmed.