We’ve said it before and we’ll say it again (and again…and again) that the best things we get to see of the actors and actresses from The Walking Dead are their kindness and generosity. The series is a staple to pop culture and it brought a new life to films and shows about the zombie apocalypse.

It goes without saying that minds like Robert Kirman, Scott Gimple, and Greg Nicotero have a huge hand in making the series what it is, but outside of the writing, directing, and acting – the hearts of the cast and crew sets the series apart.

From simple tweets that bring awareness to causes and charity organizations to giving their time to help those in need; the cast and crew of The Walking Dead are always finding ways to give back to fans across the world. This weekend, at Walker Stalker Con in Atlanta, Jeffrey Dean Morgan proved that in a massive way.

A young fan of The Walking Dead, Peyton, had a special wish over the weekend and there was nothing that could stop the actors she loves from making that wish come true. The word first spread outside of the convention walls via a video on Facebook of Peyton meeting Jeffrey and that was just the start. Not only did she share some special moments with her favorite, he invited her to be his special guest of honor the next day, and even had a special set up for her when she arrived. 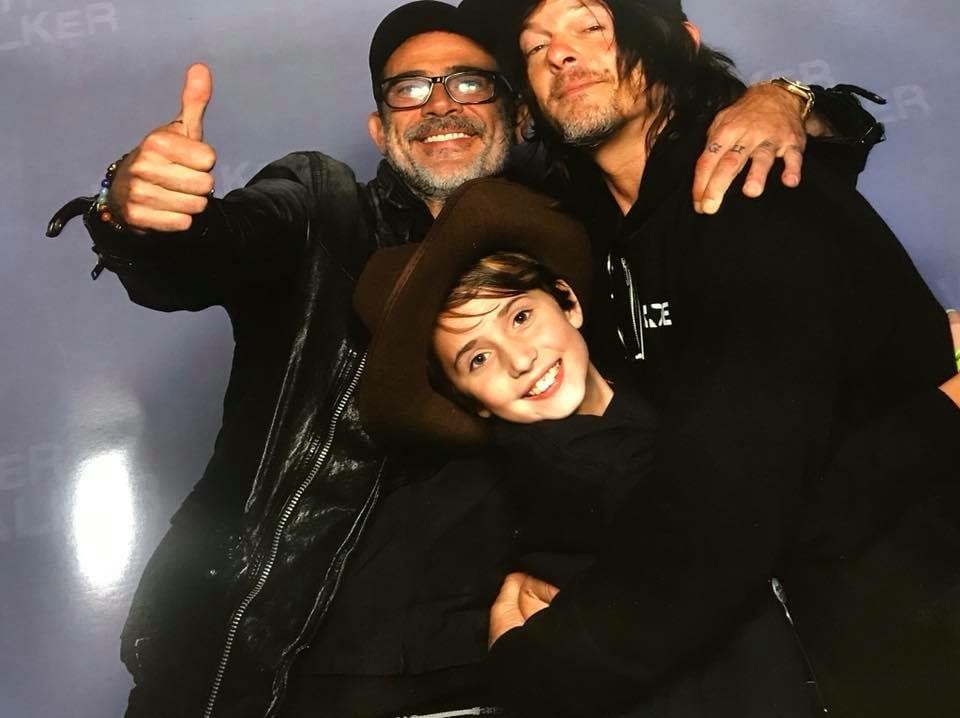 Peyton lives with Cystic Fibrosis but doesn’t let it stop her and her family is there with her every step of the way. The disease can bring some incredibly brutal symptoms but she smiled the entire weekend through, and it left everyone feeling inspired.

This is why we do it. @JDMorgan meets Peyton, a little lady who used her @MakeAWish to come to WSCAtlanta!

Thank you for an amazing year 5! pic.twitter.com/iBzREKlSE9

Jeffrey lit up when he met Peyton as he spent some special time with her, making her feel like a rockstar. Their conversation, as we said, didn’t stop there. Not only did she get some special photo ops with Jeffrey, he had that set up for her the next day that included some behind the scenes looks at Walker Stalker. 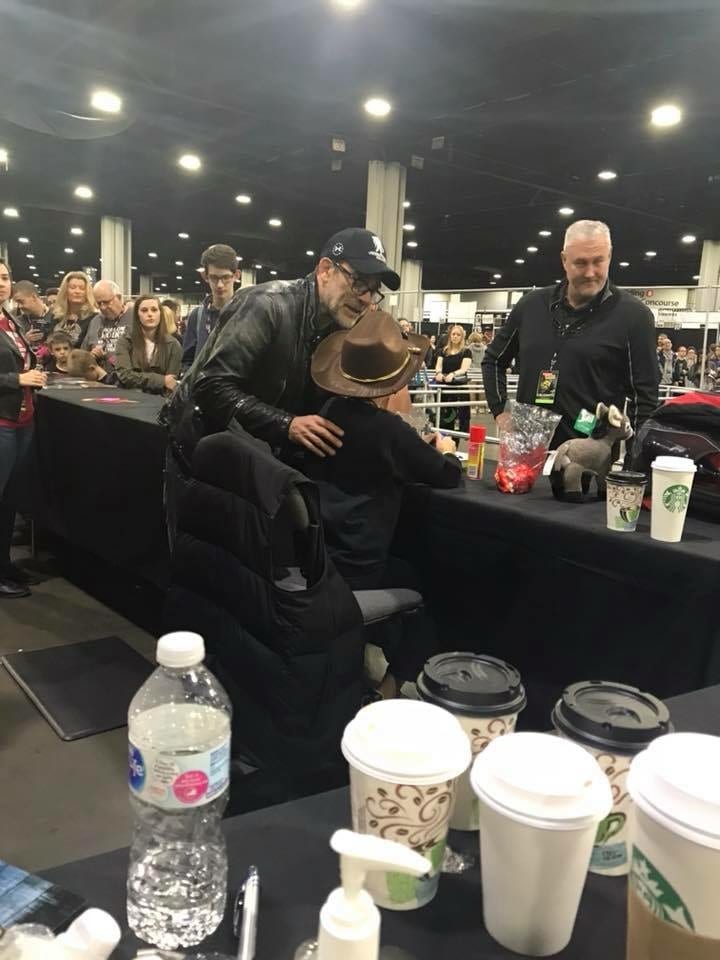 Peyton had another VIP setup with Andrew Lincoln on Sunday where she again got to spend some special time with one of her favorite actors.

Anyone can be a fan of a series, but Peyton is an incredibly special one and anyone can be an actor on a set, but the cast of The Walking Dead…they’re special ones too. So the pair had an unbelievable weekend and we have a feeling it’ll stay with everyone for years to come.

Did you see Peyton spending some special time with the cast last weekend?