Netflix‘s latest true crime offering is a thriller from Ryan Murphy, which explores the case of Jeffrey Dahmer – one of America’s most notorious serial killers.

The Jeffrey Dahmer Story follows the life and crimes of the Milwaukee Cannibal, also known as the “Milwaukee Monster” who murdered and dismembered 17 men and boys between 1978 and 1991. He committed his first murder at 21 years old.

Here are the most important details about the real-life story behind the series. 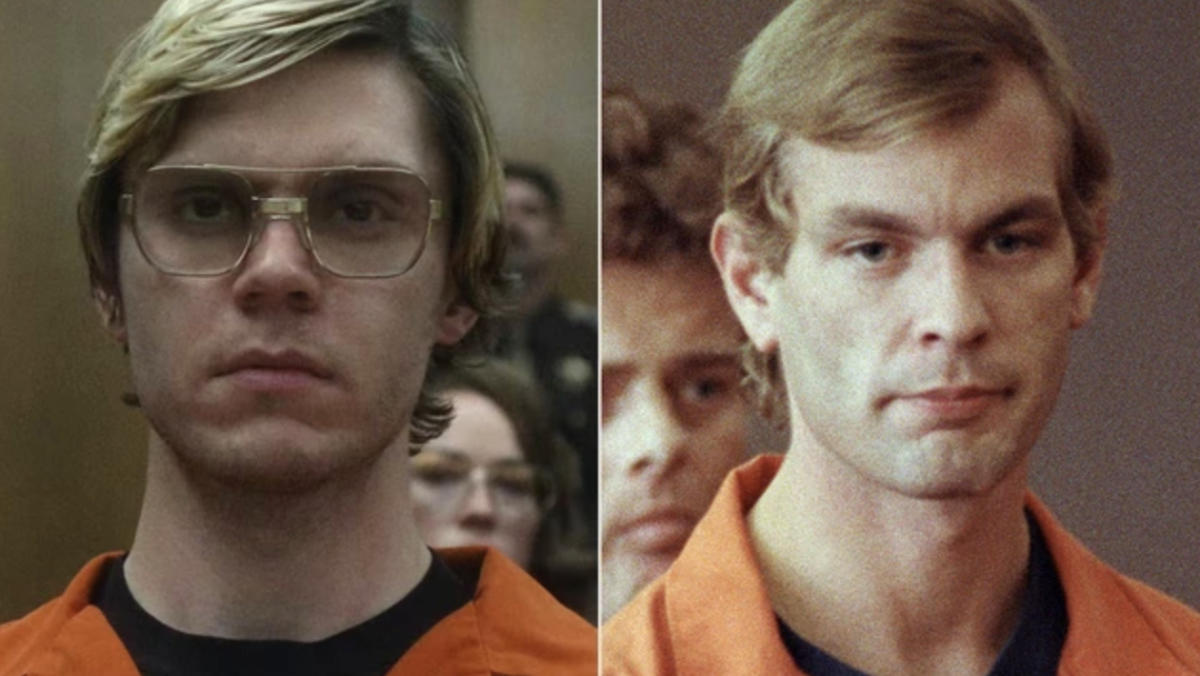 Jeffrey Dahmer was born in 1960 to a teletype machine instructor and chemist in Milwaukee, Wisconsin.

There are varying accounts on whether or not Dahmer was neglected as a child, but there is no doubt that he came from a fractured family. His mother had depression and tried to kill herself, and his father was away studying for most of his childhood. When he was 18 years old, Dahmer’s parents split up.

He grew up in a quiet family, and had double hernia surgery at the age of three. When Dahmer was about six, the family moved to Ohio, and his younger brother David was born.

Dahmer’s fascination with animal bones began when he was young, seeing his father remove them from below their house. He started to save insects and small animals like squirrels in jars of formaldehyde. His dad taught him how to clean and preserve animal bones, so Dahmer then started collecting road kill for dissection and adding more bones to his amassed collection.

At high school, Dahmer was an outcast. He got drunk and referred to alcohol as his “medicine” to his classmates. Although teachers thought he had good academic potential, his grades were average. After staying quiet for a while, he began performing fake fits and mocking people with cerebral palsy.

In 1979, he left the army and moved to Florida. He began drinking heavily once again. In 1981, he was discharged from the army, and in 1985 he returned to Milwaukee, where he started frequenting gay baths and drugging men before raping them. He murdered a man in his grandmother’s house during the early 1990s before committing assault and murders there.

He later murdered people to satisfy his hunger for human flesh, necrophilia, and cannibalism.

After being arrested numerous times in his life, most notably for groping a young boy, authorities only discovered Dahmer’s murderous behaviors when he was detained as a result of one of his victims fleeing in 1991. During an encounter with police on Milwaukee’s streets, Edwards claimed that Dahmer was attempting to murder him by running down the road with a pair of cuffs dangling from one wrist.

On the day of his arrest, police found multiple severed body parts and heads in Dahmer’s fridge, freezer, filing cabinet, and kettle.

In 1992, Dahmer was convicted and sentenced to life imprisonment. His lawyers argued that his cannibalism and necrophilia were the result of mental illness, but the jury did not agree. He was given 15 consecutive life sentences with no possibility of parole.

His trial included some of the most gruesome evidence ever heard in a US courtroom. In his statement to the court, Dahmer said: “I never wanted freedom. Frankly, I wanted death for myself. I knew I was sick or evil or both.

“Doctors have told me about my sickness and now I have some peace. I know how much harm I have caused. I feel so bad for what I did to those poor families.”

Dahmer was later sentenced to a 16th term of life imprisonment for an additional homicide committed in Ohio in 1978.

On 28 November, 1994, Dahmer was beaten to death by Christopher Scarver, a fellow inmate at the Columbia Correctional Institution in Portage, Wisconsin.

More than 20 years after the incident, Scarver spoke out for the first time about why he killed Dahmer.

Scarver said that he fatally struck Dahmer twice over the head with a metal bar after growing unnerved by the killer, who he claimed would fashion severed limbs out of prison food and drizzle them with packets of ketchup as blood.

“He would put them in places where people would be,” Scarver told The New York Post.

“He crossed the line with some people – prisoners, prison staff. Some people who are in prison are repentant – but he was not one of them.”

Monster: The Jeffrey Dahmer Story arrives on Netflix on 22 September.