When most celebrities take on a role in a major movie, or are brought back for a sequel, they each have a sort of a ‘celebration’ of their very own. Some may go out to a concert, others a fancy dinner and a few will go out to an extravagant red carpet event. However, one star did something completely out of the ordinary… and that celebrity is Mr. Jeff Goldblum!

After the recent announcement that Goldblum would be returning for the Jurassic World Sequel, fans of the Jurassic Park franchise immediately began expressing their joy. Goldblum won over our hearts back in the 1993 film and 1997 sequel as the character of Dr. Ian Malcolm. Today, he still continues to win us over only this time… with sausages!

Jeff appeared inside a food truck in Sydney, Australia, on Wednesday; and from said food truck, he was handing out FREE sausages!

Check out some of the photos below! 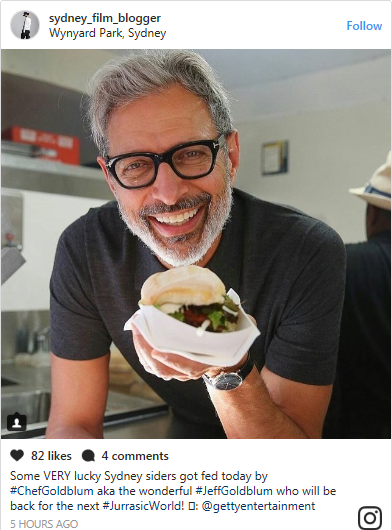 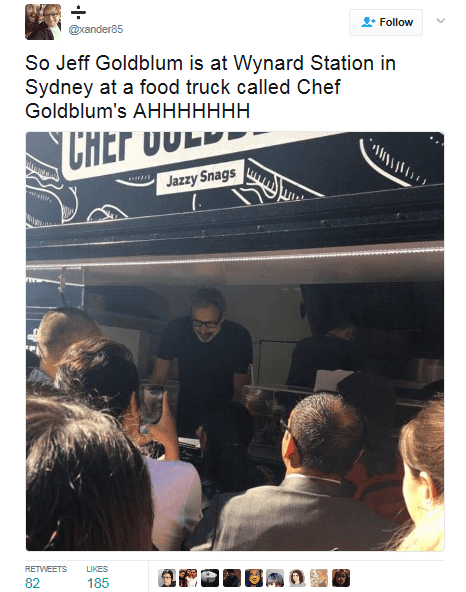 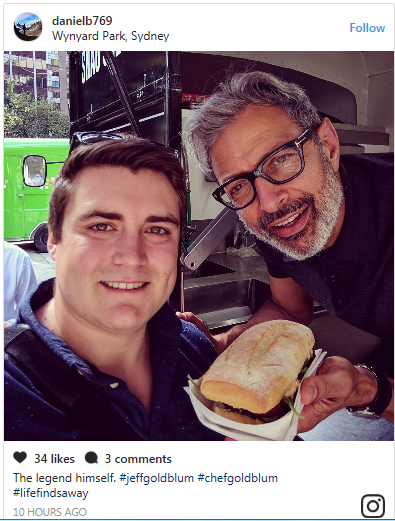 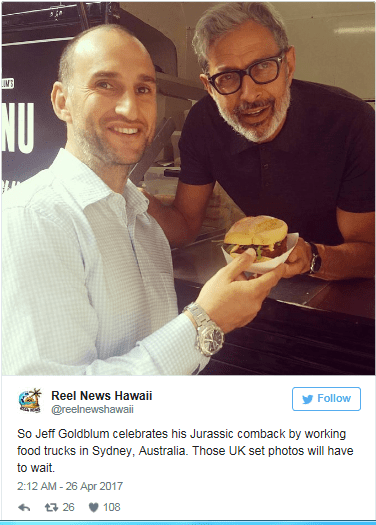 What a cool experience for the people of Sydney, Australia! Keep being you, Jeff!!

Anyone else hungry for a sausage or two?? Or is that just me??