Jason Momoa fans were surprised last week when he cut off his hair, and now he has a new tattoo. The Dune star, 43, shared the intricate tribal tattoo on Instagram Wednesday. His body art is displayed in a short video where he walks up to a plane, recording while boarding a flight for New Zealand. “I got something special for you,” he said before removing his hat to reveal the artwork on the side of his head.

“Here we go @hawaiianairlines is back we’re going to New Zealand HAWAII TO AOTEROA Mahalo to my OHANA for being there for me yesterday @suluape_keone it was a true honor 20 years in the making So stoked @mananalu.water is on the flight mahalo again @hawaiianairlines help stop single use plastic. Always on the roam @soill Aloha j” Mamoa posted.

The head and neck tattoos are a homage to Aquaman actor Jason Momoa’s Hawaiian roots and culture, according to his representative.  The new design was praised by numerous users, including Fast & Furious actor and co-star of Fast X Tyrese Gibson.

“I love you my big brother, your energy is really humble and great! FastX will do amazing things. Welcome to the FAST FAMILY!!!!!” Gibson said. 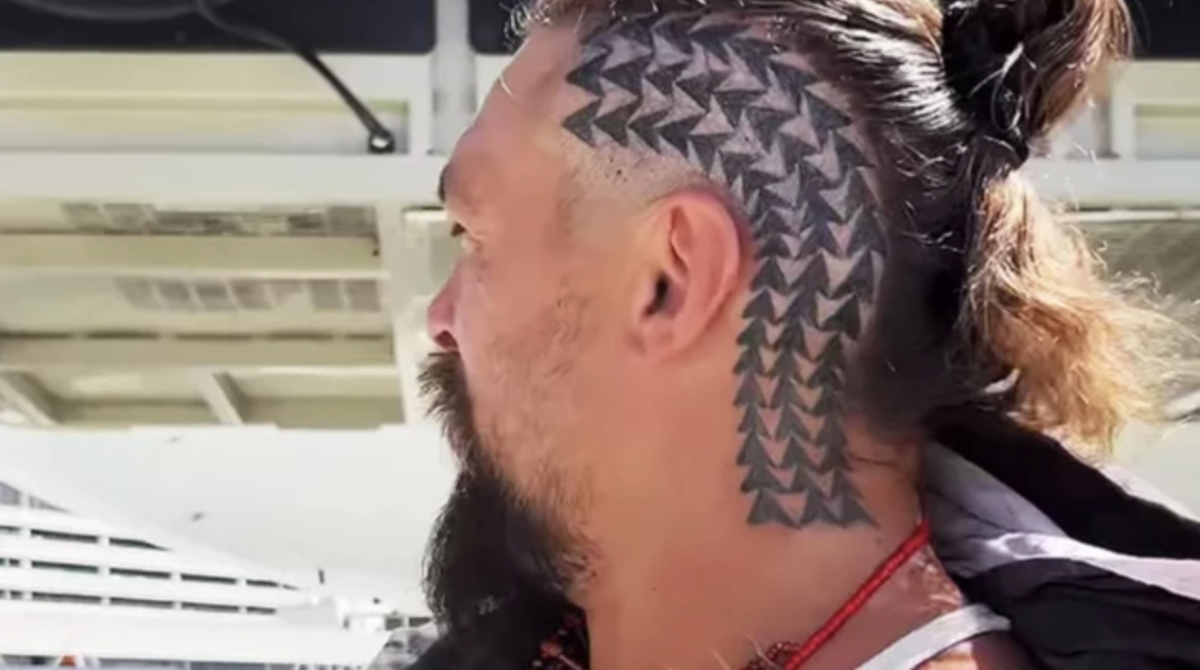 Last month, he became famous after shaving his head to raise awareness about single-use plastic bottles. “Aloha, everyone,” he began his Instagram video before continuing, “Hand me those braids.” While clippers trimmed his shoulder-length hair, the Game of Thrones actor held two braided locks and spoke.

“Shavin’ off the hair … doing it for … ” he said before gesturing to the cleanly shaven side of his head.

“I’ve never even felt the wind right there!” he added “Doing it for single-use plastics,” he added.

“I’m tired of using plastic bottles,” he said We must cease using plastic forks, all of that garbage goes into our land and water.

“As I am right here in Hawaii, looking at our ocean, it saddens me to see the pollution and destruction.”

What do you think of the new tattoo? Let us know in the comments below!