Jason Aldean‘s longtime publicity firm is no longer representing the singer, following an Instagram post from his wife, Brittany Aldean, that many consider transphobic. The post quickly earned criticism from singers Maren Morris and Cassadee Pope. Brittany later claimed her comments were taken out of context, but she began selling shirts inspired by the situation.

On Thursday, The GreenRoom, one of the top publicity firms in Nashville, told Billboard they are no longer representing Aldean after 17 years. Co-owner Tyne Parrish did not specifically say if Brittany’s scandal was related to the split. “Music has always been and remains The GreenRoom’s core focus, so we had to make the difficult decision after 17 years to step away from representing Jason,” Parrish told the outlet. “We aren’t the best people for the gig anymore, but will always be big fans of his music. He is one of the greatest live entertainers in country music.”

The situation began on Aug. 23, when Brittany posted a video of herself applying makeup, adding, “I’d really like to thank my parents for not changing my gender when I went through my tomboy phase. I love this girly life.” Aldean replied to that post, adding, “Lmao!! I’m glad they didn’t too, ’cause you and I wouldn’t have worked out.”

It’s so easy to, like, not be a scumbag human? Sell your clip-ins and zip it, Insurrection Barbie.

On Aug. 26, Brittany shared a longer statement, making it more clear on where she stands. “Advocating for the genital mutilation of children under the disguise of love and calling it ‘gender-affirming care’ is one of the worst evils… Love is protecting your child until they are mature enough as an adult to make their own life decisions,” she said. Those comments in particular drew outrage from Pope and Morris. “It’s so easy to, like, not be a scumbag human? Sell your clip-ins and zip it, Insurrection Barbie,” Morris wrote in a show of support for Pope’s stance. 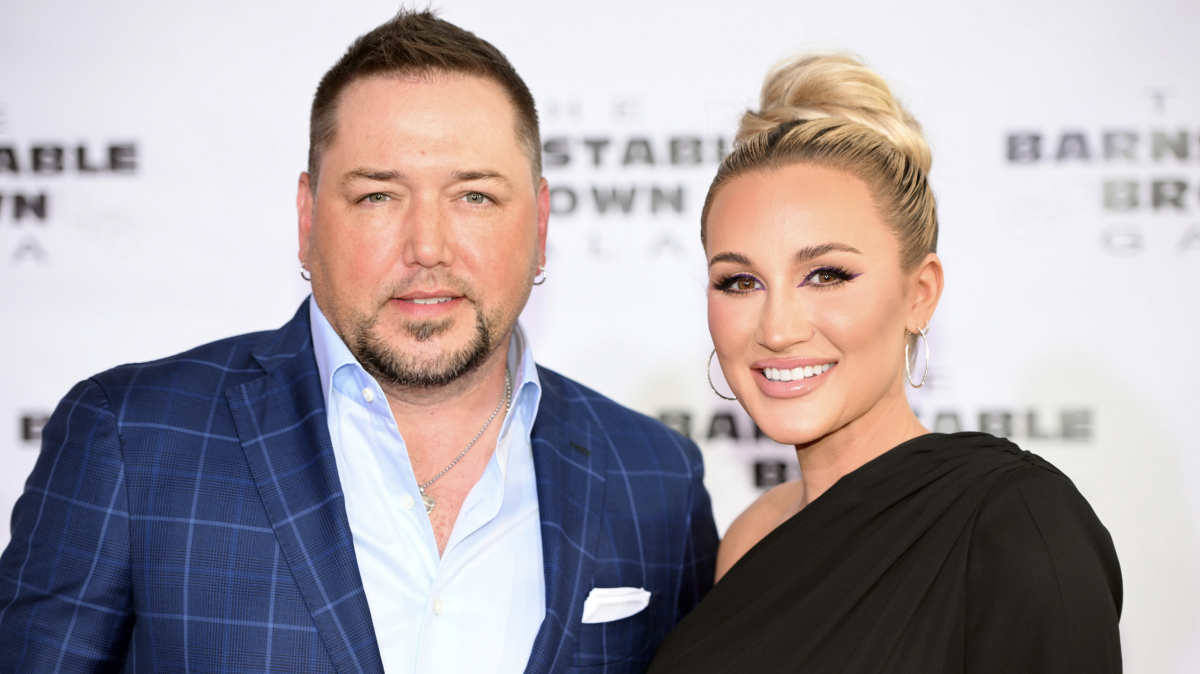 Brittany announced plans to start selling shirts inspired by the situation. The shirts read “Don’t tread on our kids,” with the text in the same font Mattel uses for Barbie. “Per usual, my words have been taken out of context over the last week,” Aldean wrote. “Instead of getting twisted about the twisting of my words, I’ve chosen to bring some good out of it.” She plans to be “giving back” to Operation Light Shine to “help fight child exploitation and human trafficking.”

This isn’t the first time Brittany has made her political viewpoints clear. In October 2021, she published photos of their children wearing shirts reading, “Hidin’ from Biden” while she wore a shirt reading “Anti Biden Social Club.” Aldean wasn’t in the picture himself, but he defended his wife. “I will never apologize for my beliefs or my love for my family and country,” Aldean wrote alongside a photo of himself standing in front of a U.S. flag. “This is the greatest country in the world and I want to keep it that way. #unapologetic #phoenixwasfire”