Jamie Lee Curtis expressed interest in a Freaky Friday sequel on The View recently. She said that she would love to make it happen and is already taking steps to ensure that it does.

Nearly 20 years have passed since Curtis starred with Lindsay Lohan in the 2003 movie. The movie was a remake of a 1972 novel by Mary Rodgers. Curtis is now interested in making a sequel to Freaky Friday. 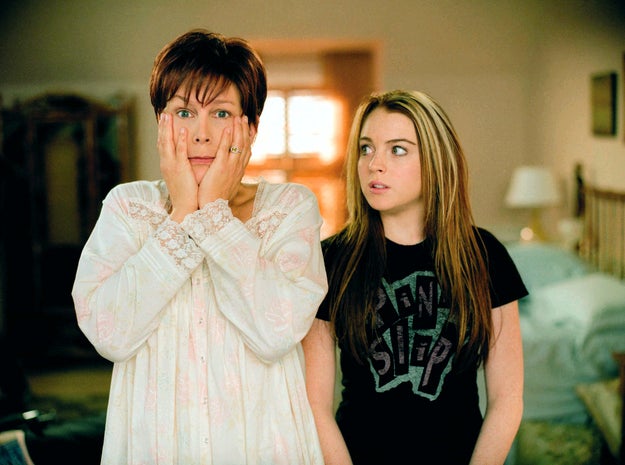 Curtis suggests that if Freaky Friday 2 were to go ahead, this is what it would entail. The suggested involves Lohan playing a “sexy grandma.” The star explained, “Lindsay Lohan and me back in Freaky Friday

… It’s all good Grandma’s got this! Let me take her place so Lindsay gets to be the sexy grandma who still has the hots for Mark Harmon. She’d be happy with him in all the ways you would be happy with Mark Harmon.” She added, “I want to see Lindsay as the hot grandma, and I’ll try my best to deal with toddlers today.
“I want to become a helicopter parent in today’s society.”

When asked about the topic by Entertainment Tonight, Curtis stated that her Freaky Friday 2 story concept is something that at least make her laugh. When it comes to Lohan playing a grandmother in the sequel, Curtis said that “just watching Lindsay try to be a grandma makes me laugh, and then me being a grandma trying to take care of toddlers makes me laugh, so, I’m assuming it’ll be something, or it won’t be anything, we don’t even know yet.” she added.