What would happen if a would-be (or could-be) superhero, instead of growing up to save the world, turned evil, sinister and murderous? That’s exactly what the new James Gunn-produced horror flick Brightburn is going to explore.

Brightburn tells the story of an alien child sent to earth and raised by a rural, loving family. As the child grows, he begins to learn he has special powers which he can’t control. Things take a turn, however, when the child begins using those powers to do evil and horrible things, and the film’s new extended trailer gives us a peek at just how sinister things get.

And here’s an extended version of the trailer! pic.twitter.com/KbOuoTGRPe

Gunn’s return to social media also revealed a new poster for the upcoming film. He had been off of social media ever since July 2018 when Disney made its decision to sever ties with him over past offensive tweets. Since the studio has recently reinstated him, Gunn issued a brief statement via his pages followed a couple of weeks after by the trailer as well as a new superhero-inspired poster with a dark and sinister vibe for Brightburn. Check out the poster below. 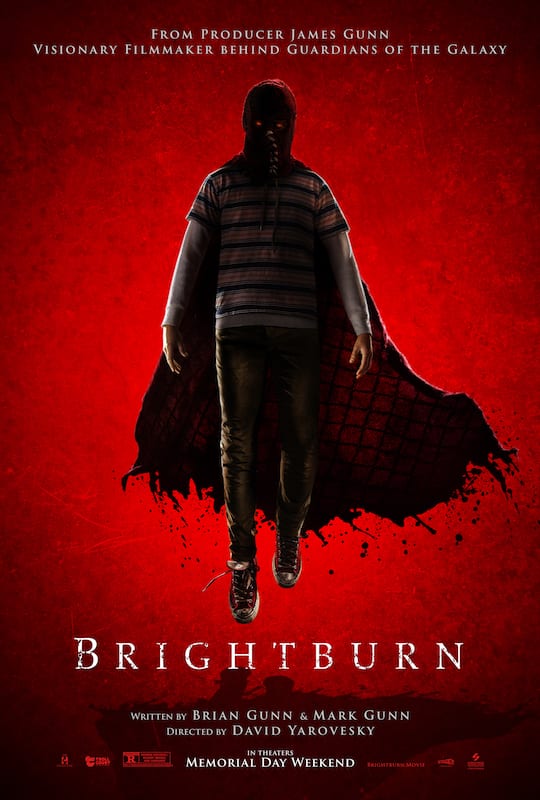 From director David Yarovesky, Brightburn stars Elizabeth Banks, David Denman, Jackson A. Dunn, Matt Jones, and Meredith Hagner. The official synopsis for the film is below:

[row]”What if a child from another world crash-landed on Earth, but instead of becoming a hero to mankind, he proved to be something far more sinister?

With Brightburn, the visionary filmmaker of Guardians of the Galaxy and Slither presents a startling, subversive take on a radical new genre: superhero horror.”[/row]

What do you think about the new trailer for the James Gunn-produced film Brightburn? Let us know your thoughts in the comment section below.