Will Smith, 53, and Jada Pinkett Smith, 50, have been married since 1997. They share three children together: Jaden Smith, 23, Willow Smith, 21, and Trey Smith, 29. Jada previously spoke out about their marriage and released a statement on social media.

The A-lister took to Facebook and posted a statement after fans thought they were in an open relationship.

In 2013, rumors surfaced that Jada and Will had an open marriage. 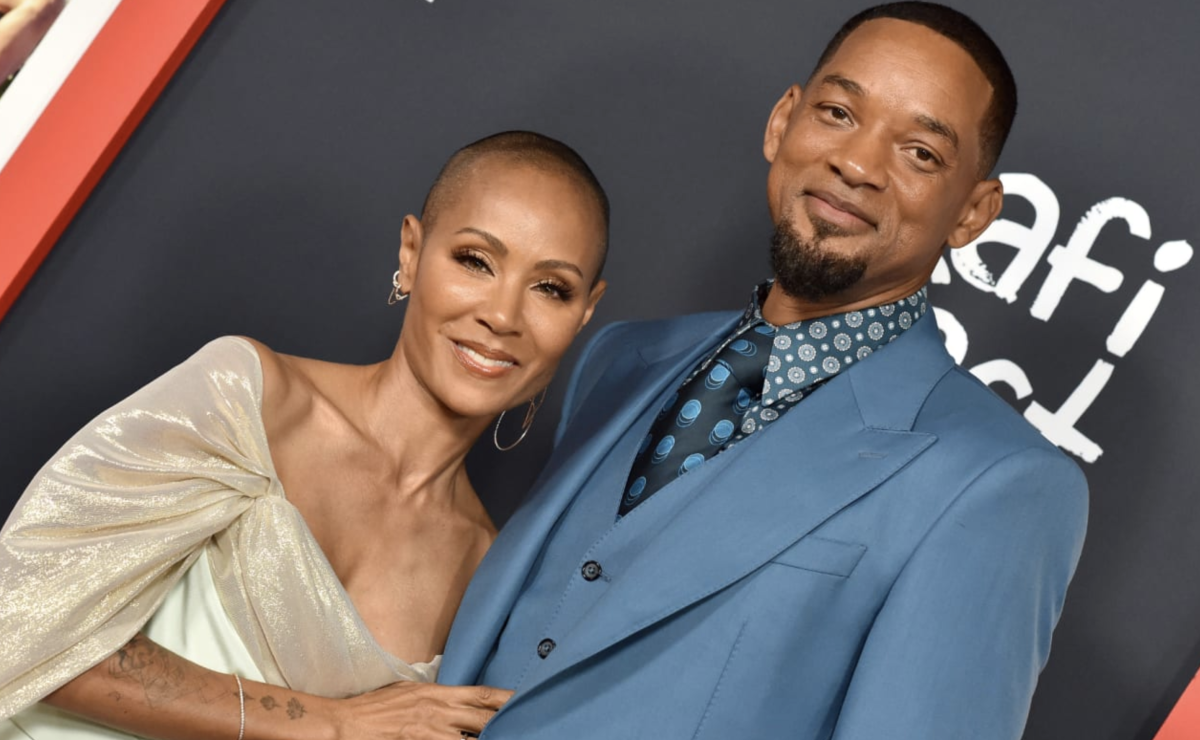 It comes after she stated in an interview: “I’ve always told Will, ‘You can do whatever you want as long as you can look at yourself in the mirror and be okay.’

“Let me first say this, there are far more important things to talk about in regards to what is happening in the world than whether I have an open marriage or not. I am addressing this issue because a very important subject has been born from discussions about my statement that may be worthy of addressing.

“The statement I made in regard to, ‘Will can do whatever he wants,’ has illuminated the need to discuss the relationship between trust and love and how they co-exist.

She continued: “Do we believe that we can have meaningful relationships with people who have not defined nor live by the integrity of his or her higher self? What of unconditional love? Or does love look like, feel like, and operate as enslavement? Do we believe that the more control we put on someone the safer we are? What of TRUST and LOVE?”

Jada finished: “Here is how I will change my statement…Will and I BOTH can do WHATEVER we want, because we TRUST each other to do so. This does NOT mean we have an open relationship…this means we have a GROWN one.” 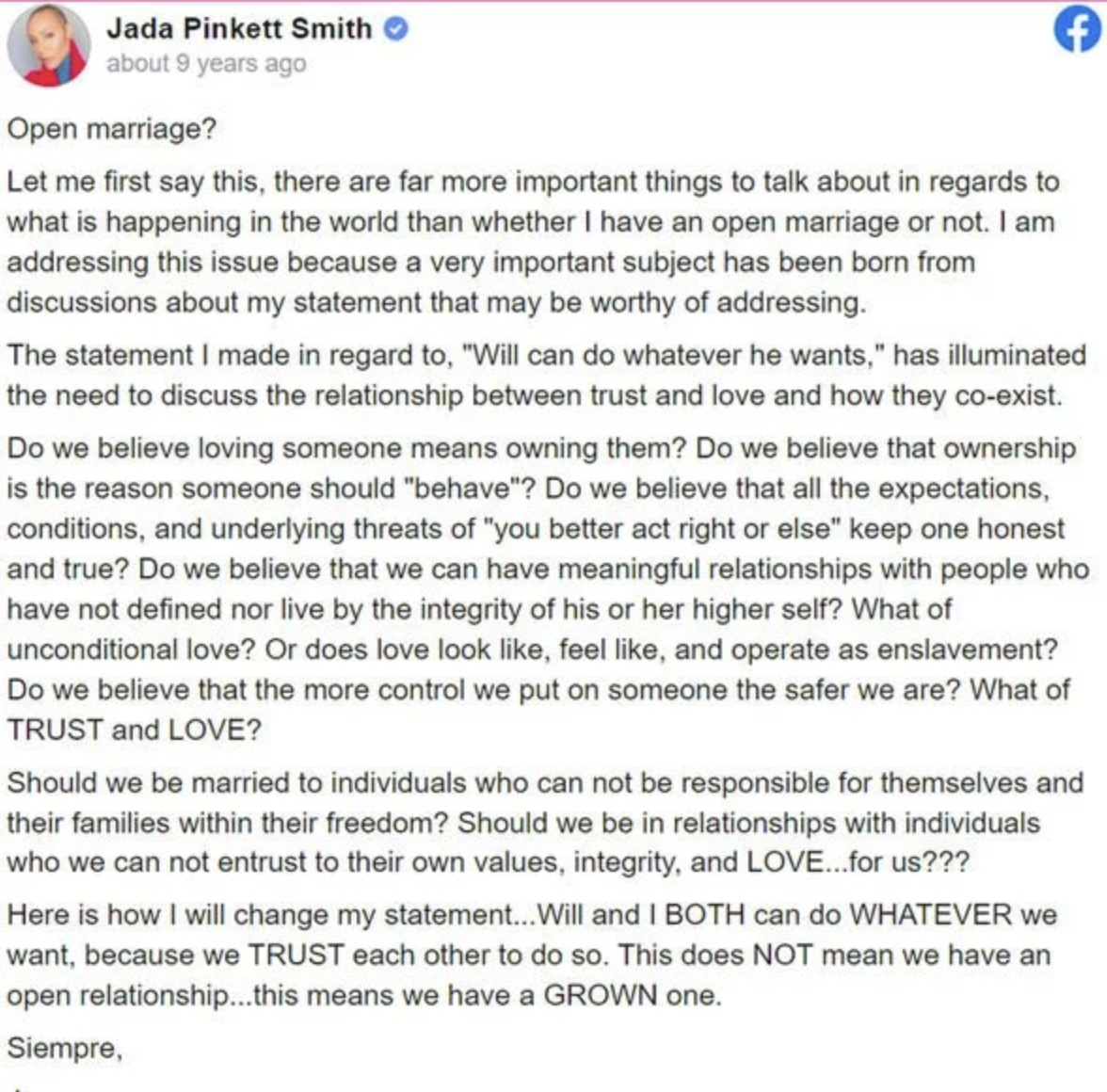 Will later confirmed their marriage status in September 2021, saying that they both felt “miserable” in a monogamous relationship.