People either love or hate the relationship between Oliver and Felicity, a couple that was never intended to happen but the natural chemistry between Amell and Rickards and the some what insane enthusiasm from fans made it a driving plot point for the show for two seasons. “So he took the wrong woman” Those six words changed everything, at the end of season two we got a fake declaration of love that us shippers hoped was not so fake (spoilers it wasn’t), season three was basically an entire season of will they, wont they (spoilers they will) while season four was will Oliver screw this up (spoilers he does devastatingly often). Though the relationship was some what predictable and a lot of people complained about it I personally found it very comic book. Comic books to me have always been about heroes who live struggle with their dual lives and fall in and out of love like the seasons. 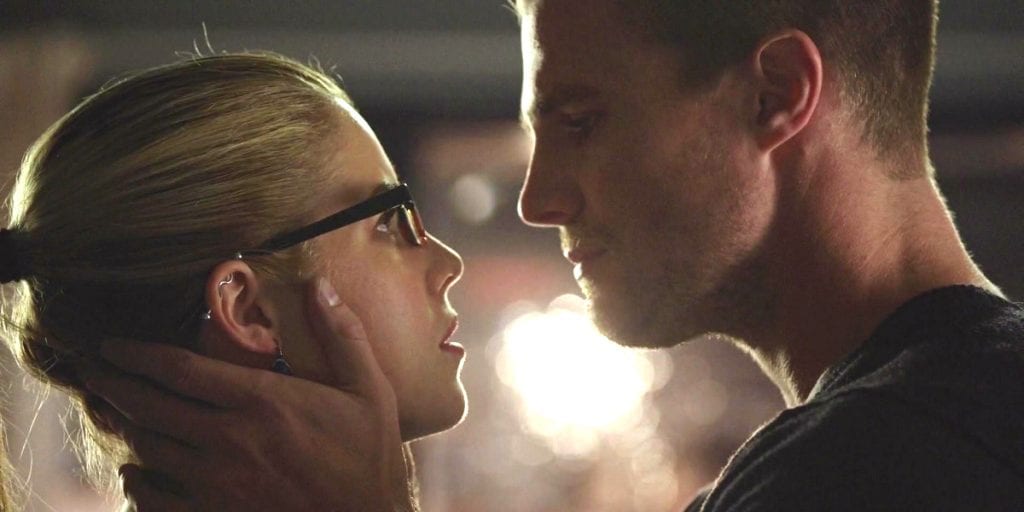 Season four took a lot out of all of the characters emotionally, they are not the same people they were when the season started. Arrow executive producer Wendy Mericle spoke with TVLine a little about the upcoming season five. Oliver is going to struggle with his new duties as Mayor while Thea steps up to help him at city hall. Felicity is not dealing with the aftermath of the Havenrock explosion, while she saved Star City and prevented millions from dying the cost was hundreds of thousands of lives in Havenrock. Mericle said “Until they’ve gotten some clarity for themselves, there’s not much room for the relationship side of things.” Now that doesn’t sound like done and over the Olicity shippers can still hold onto the characters being end game for each other. As a shipper myself I was sad to see their relationship end the way it did, but it made for some great TV. Seeing some episodes focused on them individuals is exciting because they are both such amazing characters, Mericle also mentioned the first 9 episodes focus on Oliver…which makes sense as this is his show!