Even though he really doesn’t need an introduction, here is the extremely talented Khary Payton – assumed winner of Best Smile in high school: 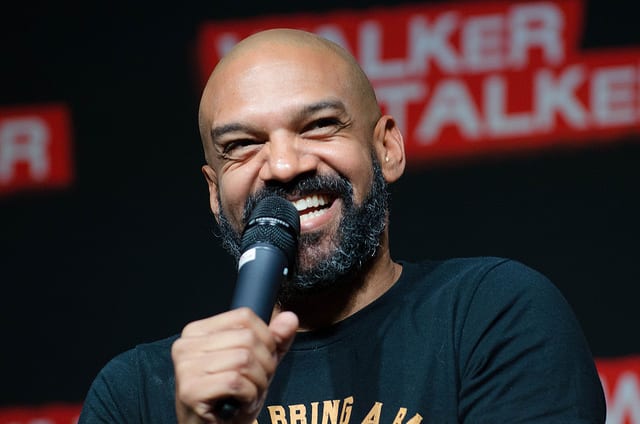 He’s currently playing King Ezekiel on AMC’s The Walking Dead and doing a completely amazing job at portraying the dual-sided character who took on a Shakespearian persona as King in order to lead his people at the Kingdom effectively.

As any fan of The Walking Dead would know, you can’t really talk about King Ezekiel without at least mentioning his majestic and protective tiger, Shiva.

He saved her after the outbreak and she had been dutifully by his side ever since. So, it was especially heartbreaking when earlier this season Shiva sacrificed herself to save an injured Ezekiel from walkers.

It sent not only King Ezekiel, but Khary Payton and the whole fandom into a sobbing mess.

Boss: why can’t you come to work tomorrow?
Me: There’s been a death in the family 💔

He saved her, and then she saved him. RIP Shiva #TheWalkingDeadpic.twitter.com/eYq34RHAFz

However, today Khary Payton took to Instagram to completely melt our hearts with 2 adorable photos of him and a young Shiva cosplayer.

If we can’t live in a world where Shiva is alive on the show at least we have photos like this remind us of the good times!