Ric Flair recently had his final professional wrestling match, but he is already getting called out to do more. Six days after his tag team match with Andrade El Idolo, Jeff Jarrett and Jay Lethal in Nashville, Flair was back in the ring down in Puerto Rico and brawled with Carlos Colon while El Idolo took on Carlito. He then admitted on his To Be The Man podcast that he regretted declaring the bout his last match, even though he passed out twice from dehydration.

“I wish I hadn’t said it was my last match,” Flair said in mid-August. “That’s gonna get heat. Hell, they wanted me to wrestle in Puerto Rico on Saturday night. I said, ‘Guys, I cannot get in the ring one week later.’ And the guy looked at me and said, ‘Well, you know what, could retire in Puerto Rico can’t you?’ No, no, no that’s not the point.” 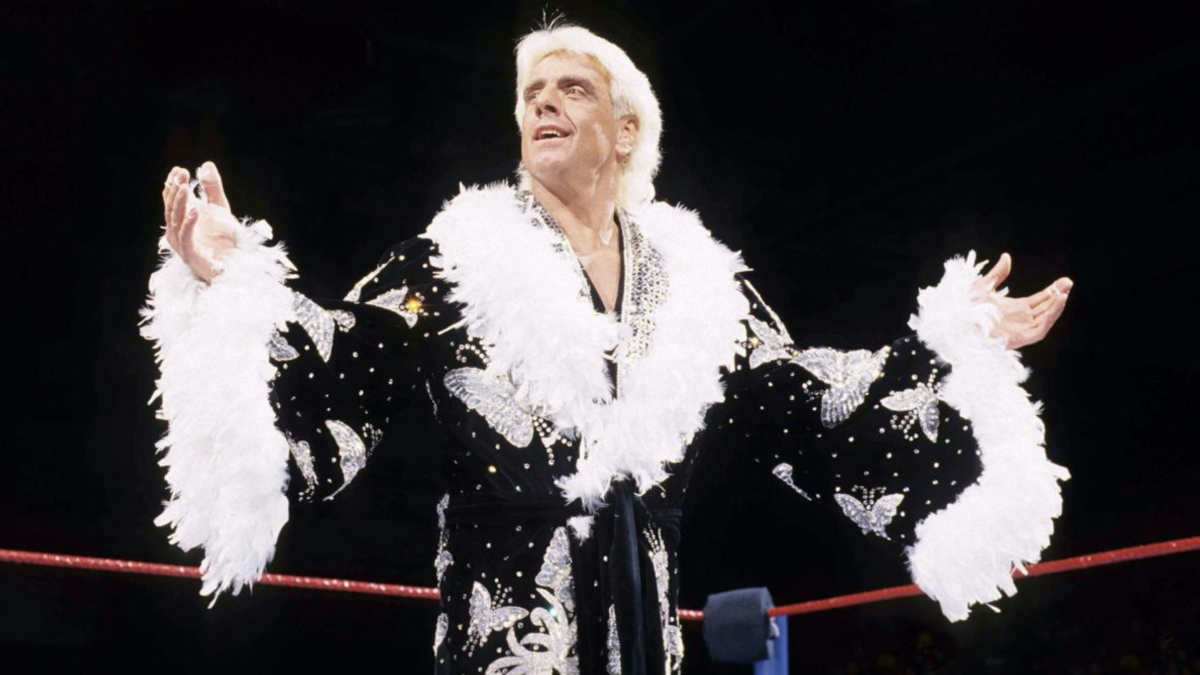 Now a former member of The Four Horsemen is calling out the 16-time former world champion. While on the Cheap Heat Productions Podcast recently, Paul Roma openly called out Flair by saying, “Why doesn’t (Flair) wrestle me? He doesn’t like me. He didn’t think I was a Horseman, right, he didn’t think I was Horseman caliber. He said it, so why doesn’t he get in that ring with Pretty Paul Glory Roma? … Bring Tully, (Blanchard) we’ll bring him at ringside. Let me show you and let me show the entire world how much a Horseman I really am.”

“He’s not going to do it,” Roma later added. “You know what? I’m challenging [Flair]. Yes, I’m putting it out there.”

“It has to be really good, it has to be better than anything I did after Shawn Michaels,” Flair said.

“It’s not about the money. It’s all about re-establishing the fact I have my self-confidence. It’s never been higher. Back then, at that time, I was still having self-confidence issues and I was paying out (for his divorces) more to three people and had to go to work. Now I don’t have to do anything.”

“But it gave me a goal,” he continued. “I’ve been working out. Kelly (Brewster) and I worked together, as partners in this (his upcoming comic book series) but she also trains with me and it’s a lot of hard work. We drive 45 miles up to John Cena’s place in the morning for an hour and a half. And then we go down to Saint Peak to training like there’s no tomorrow for two hours and it’s a lot more fun for me if I have someone to compete against.”

Home » Television » It’s Not Over? Ric Flair Challenged to Another Pro Wrestling Match