It all started when Netflix tweeted out this little number on Tuesday morning: 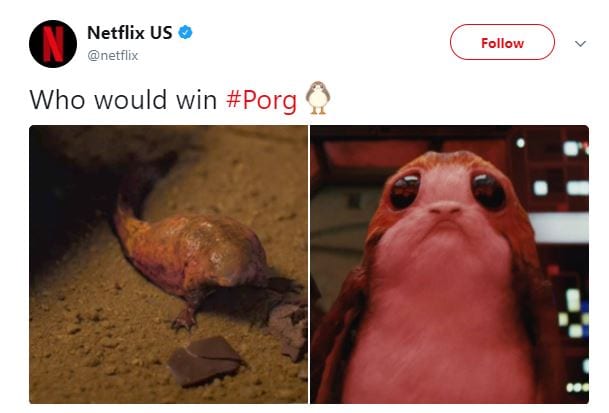 In one corner we’ve got Baby Dart, the Demogorgon Dustin found in the trashcan outside of his house in Stranger Things 2. He was an adorable little nougat-loving fella (well, before he turned evil and ate Dustin’s cat, Mews).

In the other corner, we’ve got a Porg, a cute little seabird species native to the planet Ahch-To that will make its first appearance in Star Wars: Episode VIII The Last Jedi. Those eyes are not fair.

So when Netflix tweeted out “who would win?” it definitely was a thinker…

look what you made us do pic.twitter.com/sSapvR15ht

The people of Netflix were weighing in as well.

Unbelievable. That poor #Porg wouldn’t stand a chance against Dart. 😢

I’m with the #Porg, as long as he scream kills the baby Demogorgon, he’ll win (but if he eats more chocolate, I’d run, no chance tbh). Or at the very least get himself a Mama Steve and bat 😛 Then he’s sorted. Chewy did slap the #Porg though, so maybe not… pic.twitter.com/HJ2oF0bHDA

The porg has the whole galaxy on their side

I mean, Dart is literally a Demogorgon so when it comes to an actual battle, he most likely has the upper hand.

Now if it would be who would win in a cuteness contest, I think it’s safe to say the Porg would definitely take the cake. 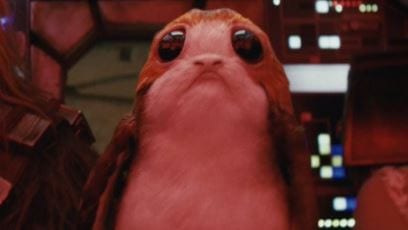 But even after Dart had full on embraced the Demogorgon lifestyle, he still shared a special connection with Dustin, which was cute, right?

So, let’s get your thoughts on the situation:

Sound off in the comments!

Home » Fandom » It’s a Porg vs. Baby Dart in this Adorable Throwdown Thursday