People who love Maggie and Negan are excited about the upcoming spinoff, Isle of the Dead. This spinoff is in Manhattan and it will feature the pair as they travel around. This will be the fifth spinoff in The Walking Dead universe. People have gone to filming locations to see Jeffrey Dean Morgan and Lauren Cohan who play Negan and Maggie.

Isle of the Dead is a spinoff sequel series to The Walking Dead, created by TWD veteran writer and executive producer Eli Jorné. In addition to serving as showrunner and EP, Jake Corman will direct the pilot episode. Scott Gimple revealed that Maggie and Negan’s “amazing stories” would conclude the last eight installments of The Walking Dead. This set a new bar for the spin-off. He refers to New York City as “falling apart and chaotic,” adding that it’s a “madhouse” filled with conflict in which Negan and Maggie will enter.

During the Talking Dead special, Morgan and Cohan shared a recorded video announcing that the pilot episode for their show has been completed. In the video, Cohan said that the series is full of conflict and is thrilling and everything you probably want and more. Morgan went on to say that it is a very different environment for Negan and Maggie to go from the woods to the city full of buildings and streets. He is excited for fans to see what they have been working on. The new environment will “knock your socks off.” 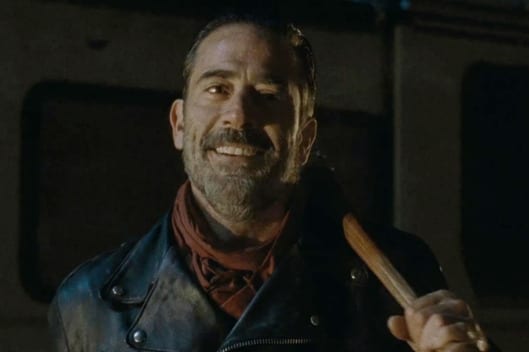 Details about Isle of the Dead have slowly been revealed. It is not yet known what will happen when this unlikely pair teams up.

During a recent interview with Variety’s Strictly Business podcast, the president of entertainment for AMC Networks and AMC Studios, Dan McDermott, shed more light on the series. At the beginning of the outbreak, the US government destroyed bridges and tunnels to Manhattan, cutting it off from the mainland. The walkers took over the island, and now one million walkers live there. If you want to live on Manhattan, you must live above the tenth floor and travel via ziplines.