WARNING: The following may contain potential spoilers from The Walking Dead comics and/or season 7. Read on at your own risk!

In the season 6 finale, Morgan and Carol were rescued from one of the saviors and a walker by two armored men. Though we have never seen these two men before, this led fans to believe this was the start of an introduction to a new world from the comics, The Kingdom and, a comic book fan favorite, Ezekiel.

TV Line has reported that AMC is hosting a casting call for a character named Augustus, whose description matches very closely to that of Ezekiel from the comics.

In the comics, Ezekiel is the self-proclaimed King of The Kingdom and is described as “flamboyant and wise, nice and weird.” As a former zookeeper, he has a pet tiger named, Shiva and is super important to Rick and his group as they seek revenge on the Saviors. Ezekiel also stirs things up a bit when he has an affair with someone from Rick’s group (we won’t say who but, it’s a big deal).

So, could Augustus actually be the AMC version of Ezekiel? Is this confirmation that we will definitely meet Ezekiel, or an Ezekiel-like presence, in season 7? Will there be a live tiger hanging out between filming sessions in Atlanta?

Earlier this month, we reported that there were major rumors surrounding this character so, it is totally possible!

The Walking Dead‘s 7th season launches on AMC in October. Until then, stay tuned to Fan Fest News for more information as it becomes available.

What do you think about a possible Ezekiel-like character? What actor would you like to see cast in this role? 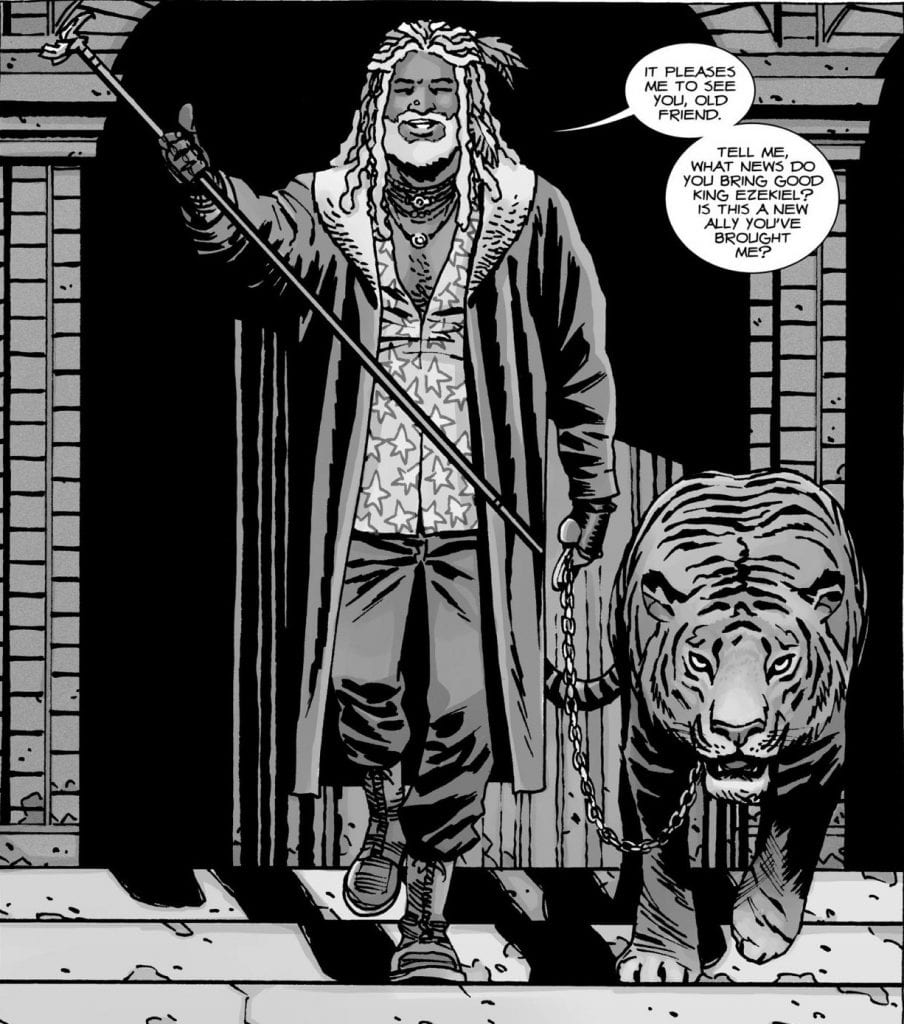 Home » Uncategorized » Is This ‘The Walking Dead’ Casting Call a Major Spoiler for Season 7?