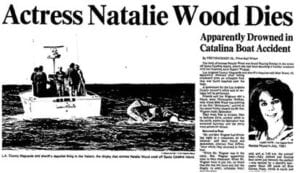 Almost 4 decades have passed since Natalie Wood’s death shocked Hollywood and the whispers of her famous husband is responsible for it is something you would expect to see in a movie, but this is one of Hollywood’s most true shocking unsolved mysteries.

On November 29th, 1981, the quiet sailing getaway that Natalie Wood, Robert Wagner, Christopher Walken and Dennis Davern (the captain of ‘The Splendour‘) were on took a tragic turn.

While anchored off Catalina after a day of sailing, 43-year-old actress Natalie Wood disappeared from the yacht. Hours later, her body was found, floating about a mile away from the yacht off the island’s Blue Cavern Point. She was dressed in a flannel nightgown, red down jacket and blue wool socks. While her death was ruled an “accidental drowning” the suspicious circumstances surrounding it left Hollywood and LAPD talking. 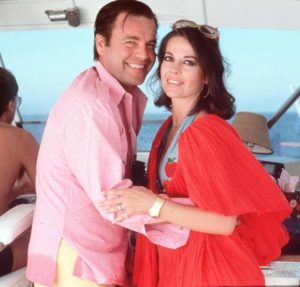 The “rumors” that her husband Hollywood actor Robert Wagner who was 51 at the time played a major role her death started immediately following her suspicious death. However, in 2012 the “rumors” quickly turned into something more when the Los Angeles County coroner made an amendment to Wood’s death certificate to read “drowning and other undetermined factors”. And according to the vanityfair.com  article, after another six years of investigating this very famous cold case, they have determined that Robert Wagner may have played a bigger part in her death. 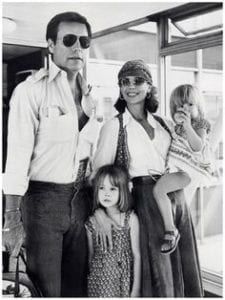 Dennis Davern, who was the yacht captain, has said many times that the Hollywood couple had been fighting during the trip. Actor Christopher Walken who was a guest on the yacht during this tragic voyage has rarely spoken publicly about the events that took place that night. However, the LAPD says that they have proof that Robert Wagner was the last person with Natalie before she died. Also, the investigators have also stated that Wagner has also changed his version of the events of that night often. The investigators have stated that Robert Wagner who is now 87 years-old is a person of interest and they want to speak with him again about the events surrounding that tragic night.

If you are interested in learning more about the Natalie Wood’s death and the mystery surrounding it be sure to watch the ‘48 Hours’ episode ‘Natalie Woods: Death in Dark Water’ on CBS this Saturday, February 3 at 10:00 P.M. E.T.

See the Unnerving Teaser for ‘The Assassination of Gianni Versace: American Crime Story’

Home » News » Is There A Possible Break in the Mysterious Death of Natalie Wood?