The simple answer should be no, especially since Batwoman confirmed him as dead. Last year during the show’s premiere season it was revealed that Batman killed his enemy. That should mean that the Joker has no chance of showing up, right? After all, you can’t introduce a dead man. That’s not entirely true, though. The Arrowverse has a strange history with death, at best. We’ve seen the introduction of the Lazarus pit and time travel. Both of these methods have been used to save or resurrect characters that have been killed previously. I find it unlikely that either of these methods would be used to introduce the Joker, though. It just doesn’t quite fit with Batwoman, especially the time travel. If not through those methods how could we see the return of the Clown Prince of Crime? IS the Joker coming to the Arrowverse? 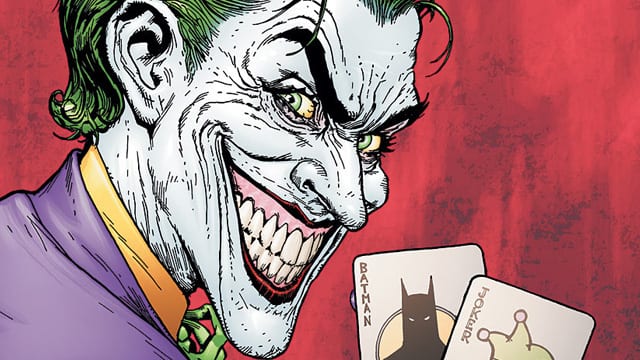 Well, let me explain. The most recent episode of Batwoman, ‘Bat Girl Magic!’, had a strange reference to the Joker. It seems that before Kate disappeared she was investigating a certain painting. Kate’s father asks Sophie why Kate would have been investigating a painting by Jack Napier. This was odd, to be sure since Jack Napier has been used as an alias for the Joker several times throughout his history. Some stories even have Jack Napier as the Joker’s original, true name. The name he had before he lost all semblance of sanity and became an absolute nutcase. Is it possible that Kate found out the Joker’s true identity? Even more insane could it be that she discovered the Joker was actually alive? Now, that would really be something.

These are all theories for now, though. I’d love to see the new Batwoman, Ryan Wilder (Javicia Leslie), have to contend with the Joker though.

Home » News » Is The Joker Coming To The Arrowverse!?