Paramount Pictures and Michael Bay “SEES YOU” John Cena and they think you will make ‘Duke Nukem’ come alive. Yes, dear readers and old-school gamers ‘Duke Nukem’ is making his way to the big screen in a new live-action movie and they are hoping John Cena will portray everyone’s favorite rude, crude, alien-killing “ladies” man, according to Variety. 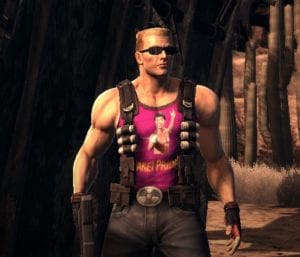 ‘Duke Nukem‘ burst onto the gaming scene in 1991 on PC’s then made his way to PlayStation and then moved on to Nintendo 64, Gameboy, Nintendo DS and mobile phones. With 4 main titles and several spin-offs under his belt, he has been loving the ladies, killing aliens and wearing Ray-Bans for nearly 30 years. 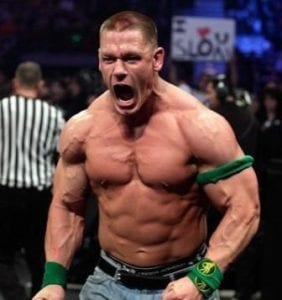 John Cena with his muscular body and pro-wrestler swag about him would be the perfect match. John Cena made the move from WWE Wrestler to the big screen in 2006 in the movie ‘The Marine‘. As of right now, there is no further information available such as writer, director or even a release date. I just want to know who will be in charge of making all his awesome weapons!

Gaming: 10 Video Games you Should Absolutely Be Playing

Home » Movies » Is John Cena Set to be the New Face of ‘Duke Nukem’?