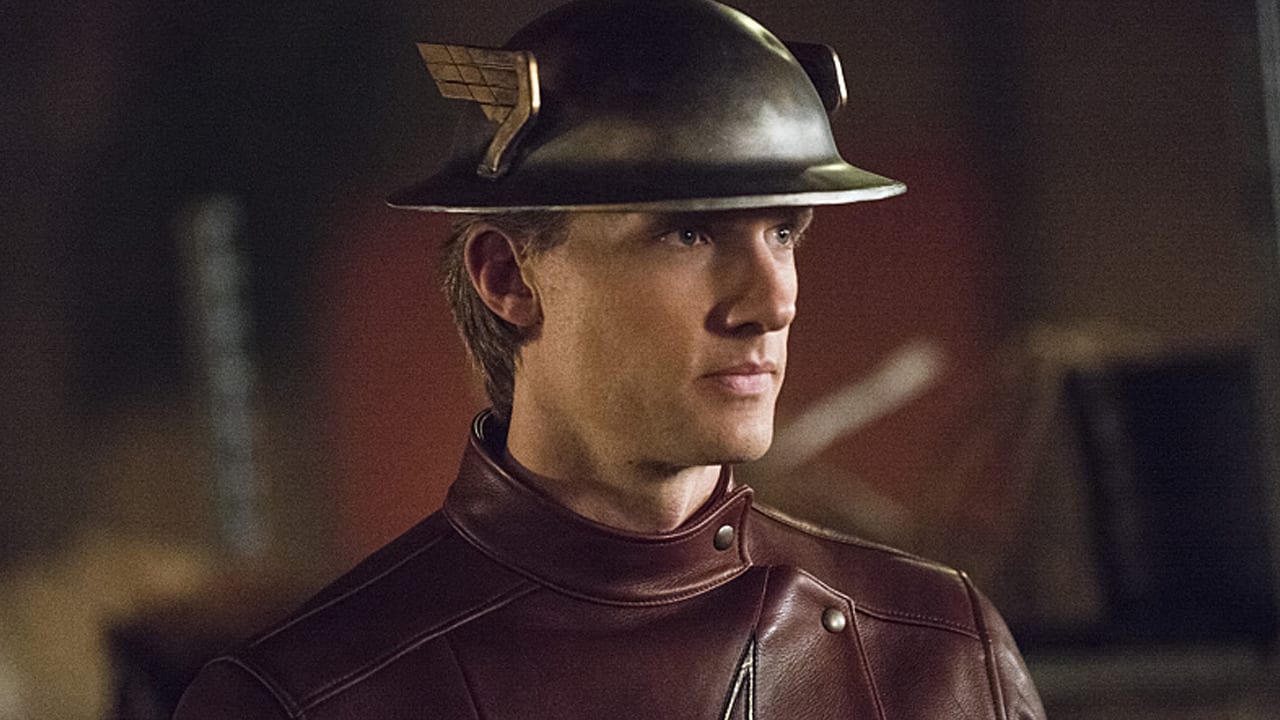 For weeks, fans have been dying to know the identity of Earth-2’s Man in the Iron Mask and looks like Tuesday’s episode, “Versus Zoom,” may have provided the answer! WARNING: SPOILERS.

To recap: After traveling back in time to get answers from Reverse-Flash to increase his speed, Barry was
finally able to outmatch Zoom aka Hunter Zolomon, only to surrender his speed by episode’s end to save Wally’s life. The episode also revealed Zolomon’s origins; his mother was murdered by his father, leading him to go insane and murder 23 people, until the particle accelerator explosion on Earth-2 made him a
speedster. If you guys remember back in episode 2×15, it appeared as though Zolomon had murdered Jay, but it turns out Zolomon had traveled back in time and convinced the older version of himself to be murdered. Yeah, MINDS BLOWN!

The clues that Jay is the man in the mask have been there a while – Zolomon saying there
was no Jay Garrick on Earth-1 and the man in the mask communicating Jay’s name in morse code to Barry, but this tweet from series producer Greg Berlanti definitely makes us believe it’s true:

For those inquiring, we love Jay Garrick and would never make him a baddie. No reinvention. Keep watching 🙂 love that you're asking q's.

Actor Teddy Sears‘ comments last week seem to support Berlanti’s tweet: “I can promise that it [the man in the mask’s identity] will be revealed and it will be quite satisfying.” There’s also this behind the-scenes shot posted by Teddy Sears on his Instagram a few days ago. He and Carlos Valdes could just be goofing off before their characters go back to disliking one another or it could mean that Jay
Garrick has truly joined Team Flash.

What do you guys think? Is Jay the man in the mask or are we way off?

Home » Uncategorized » Is Jay Garrick The Man In The Iron Mask?