Obi-Wan Kenobi actor Hayden Christensen thinks that Qui-Gon Jinn might have been able to keep Anakin Skywalker from turning to the Dark Side. In an interview with ComicBook, Christensen discussed Qui-Gon Skywalker and why these inquiries are so fascinating about Star Wars.

“I think it’s a really fun thing to theorize about. And that’s part of what I really like about this character, these concepts can turn about in your head. I think that the idea that he needed a strong parental figure in his life that he didn’t have holds a lot of truth. There’s a lot of ‘what ifs.’”

Qui-Gon was Obi-Wan Kenobi’s master, and he was always more accepting of the young Anakin, who was older than most students who began their Jedi training but was thought to be the chosen one and could be guided in the correct path. 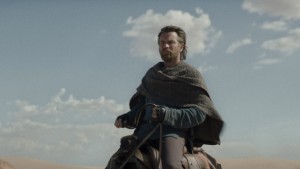 In The Phantom Menace, Qui-Gon is slain in combat with Sith Lord Darth Maul, leaving Obi-Wan to take his place. With Anakin seduced by the Dark Side, the galaxy undergoes a dramatic shift when he becomes evil. Their dispute culminates in a battle on Mustafar in Revenge of the Sith, where is the last time they meet before Obi-Wan Kenobi picks up.

On his journey to finding the other half of himself, Ewan McGregor’s Jedi carries a heavy burden on his shoulders as he tries to survive in the aftermath of the Empire’s rise. It’s also a driving force for him, since he wants to train Luke Skywalker, the son of his fallen apprentice Anakin, to toppled Padawan.

Disney Plus is now offering the first two episodes of Obi-Wan Kenobi.

Home » Television » Is Hayden Christensen Wondering If Qui-Gon Could Have Saved Anakin?