Robert Downey Jr. embodied the billionaire industrialist and genius inventor, Tony Stark. Originally kidnapped, he builds an armored suit and upends his captors. Returning to America, Stark refines the suit and uses it to combat crime and terrorism as the superhero, Iron Man. And the rest… it’s history, as Downey Jr. continued to portray the character for a decade and over numerous Marvel films.

An image from the very first time Downey Jr ever tried on Iron Man‘s helmet has resurfaced, which you can check out below.

ComicBook.com reported that Downey has a cameo in Black Widow, which is scheduled to be the first film in MCU’s Phase 4. Originally scheduled for a May 2020 release, that film has been postponed until November 2020 due to the coronavirus outbreak. ComicBook.com notes that appearance could be a deleted scene from Captain America: Civil War deleted scene in which Stark advises Black Widow herself, Natasha Romanoff, to go on the run, setting up the actions of her standalone film.

Back in January, Downey was a bit more vague about returning as Stark, telling Hoda Kotb of NBC’s Today Show that “we’ll see.”

Check out the image below courtesy of Reddit and let us know what you think in the comments below! 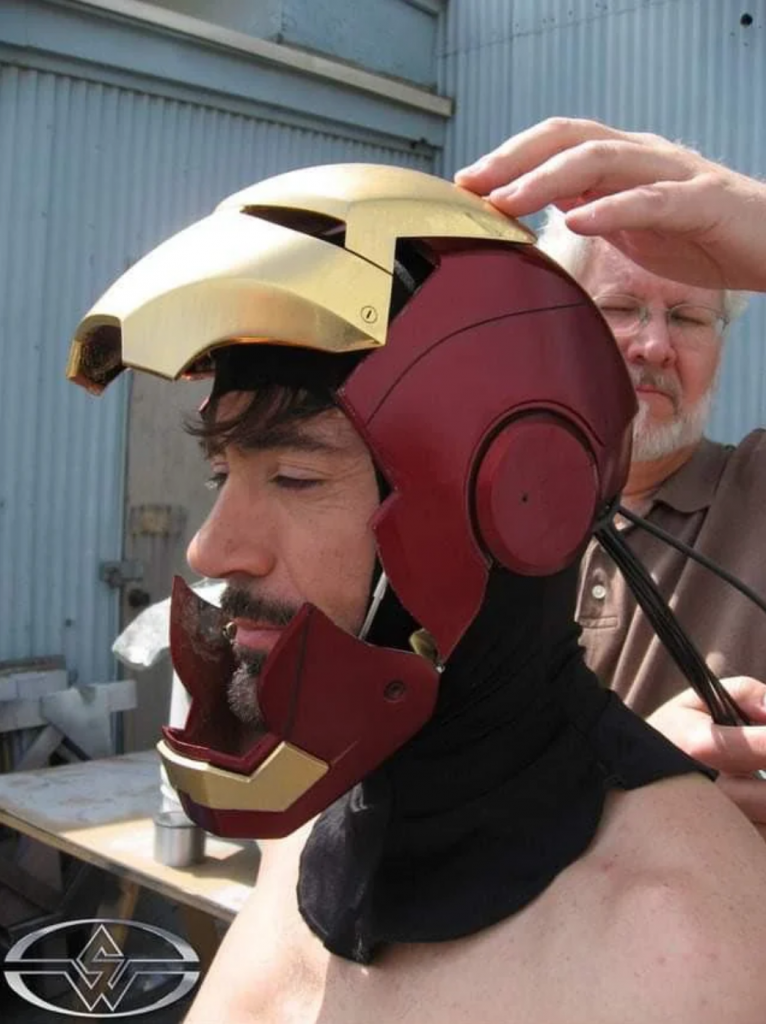