Invincible has been airing on Amazon Prime for the last few weeks, and it’s been crazy. For those familiar with the source material, or even just Robert Kirkman, it was probably expected. Do you want to know something not many people have realized yet? A lot of The Walking Dead actors are voicing characters on Invincible, which is kinda great! We’ve got Lauren Cohan, Ross Marquand, Sonequa Martin-Green, Khary Payton, Michael Cudlitz, Lennie James, and Chad Coleman. They are all Walking Dead actors and they are all now also on Invincible. Oh, right, and we have Steven Yeun, Glenn, as the lead. Maybe we can convince Andrew Lincoln to get on the show as someone down the line! Now that would be epic. 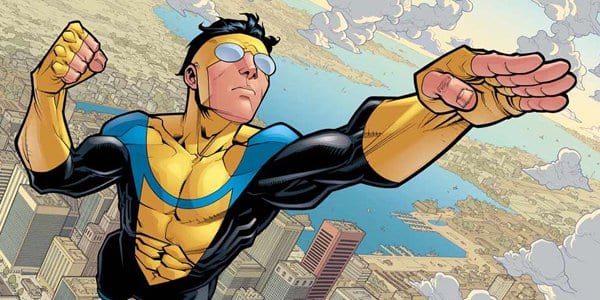 Kirkman recently spoke with comicbook.com about the series and about Walking Dead actors joining it. The creator of both series claims that he would leap at the chance to get any The Walking Dead actor for Invincible. He’s actually keeping an eye out, as the series continues, for any roles former TWD actors could fill.

“I hesitate to name names, just because I would eventually like to bring everyone,” Kirkman said. “I can’t think of an actor on The Walking Dead I wouldn’t want to work with again. It’s an amazing group of actors. Andrew Lincoln, Danai Gurira, Norman Reedus, Melissa McBride, Jeffrey Dean Morgan…there’s not really anyone I wouldn’t want to bring in.”

Would you like to see more The Walking Dead actors in Invincible?