There’s an Injustice animated film coming from DC! Injustice is one of DC’s most popular alternate universe stories, and now we’ll get a full animated film based on the idea. Warner Bros. Home Entertainment confirmed the film on Wednesday.

The film will, obviously, be based on the video game of the same name. How many of the details will make it into the film, or exactly what the film will cover is still unknown. There will be a sneak peek included in Batman: The Long Halloween Part 2, though!

We still don’t have a voice cast or release date though, so this one is probably still some time out. 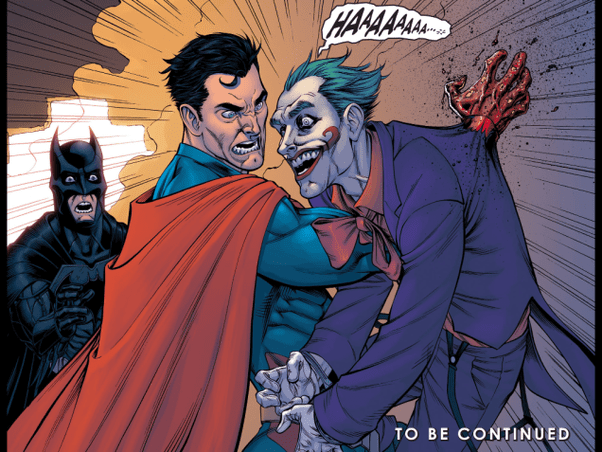 One big mystery that needs to be answered is what exactly the film will cover. See, the video game published by Netherrealm covers a very specific time period in Superman’s regime. Injustice: Gods Among Us is the story of an alternate world Justice League helping the Injustice universe stop a crazy Superman.

This might be the most obvious storyline to cover, but Injustice also received a critically acclaimed comic book series. The series covered the five years between Superman losing Lois and the events of the video game.

The comic series was widely praised for being absolutely insane and having beautiful art. It was the kind of series where nothing seemed off the table. They had Superman kill some A-List characters and commit some serious atrocities.

The announcement for this film is also fueling some serious video game speculation. As of now Injustice 3 has not been confirmed, though there have been two video games. Fans have been waiting a long time for news on Injustice 3.

The only thing we’ve heard about Injustice is that they can’t talk about it yet. And that’s IF the game is even in development.

Ed Boon said this during the DC FanDome last year, “I wish we could talk but at the moment we have nothing to announce, but we appreciate the desire to see it,”

Are you guys excited at the prospect of an Injustice animated movie? We sure are!