The set of Avengers: Infinity War has been turned Upside Down.

Recently, The Russo Brothers who are directing the film shared a photo of them in their directors’ chairs, but who is that alongside them? Why it’s none other than Stranger Things star Millie Bobby Brown! Don’t jump to any conclusions though: the starlet is not joining the film as the second season of the Netflix series is currently in production. It just so happens that their filming locations are in close proximity to one another. Check out the photo from The Russos’ Facebook page below: 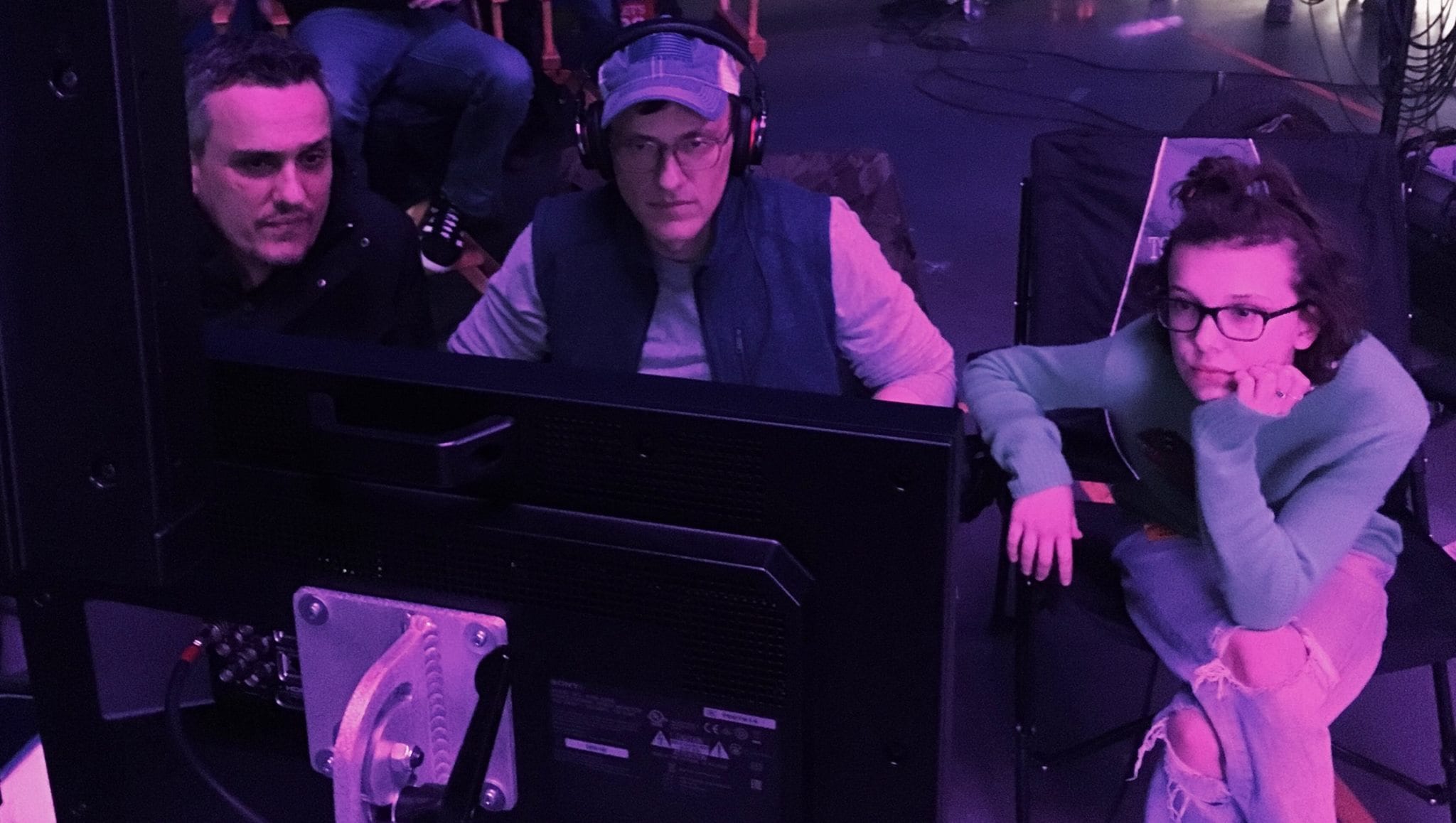 What Marvel character would you like to see Millie play?