Sallah, played by John Rhys-Davies will be appearing in Indiana Jones 5. This isn’t the first time that audiences have seen Sallah; he was in Raiders of the Lost Ark and 1989’s Indiana Jones and the Last Crusade. However, this will be his Disney return after almost 30 years! The announcement was made last week at D23 expo.

Since at least 2016, Indiana Jones 5 has been in the works. It’s been stated that Harrison Ford will reprise his role as Indiana Jones once again, and John Williams has confirmed his return as well. According to a report by Comic Book Resources, Spielberg resigned from directing Indiana Jones 5 in 2020 to focus on other projects. Despite this, D23 this year proved that audiences are still excited for the long-awaited sequel. 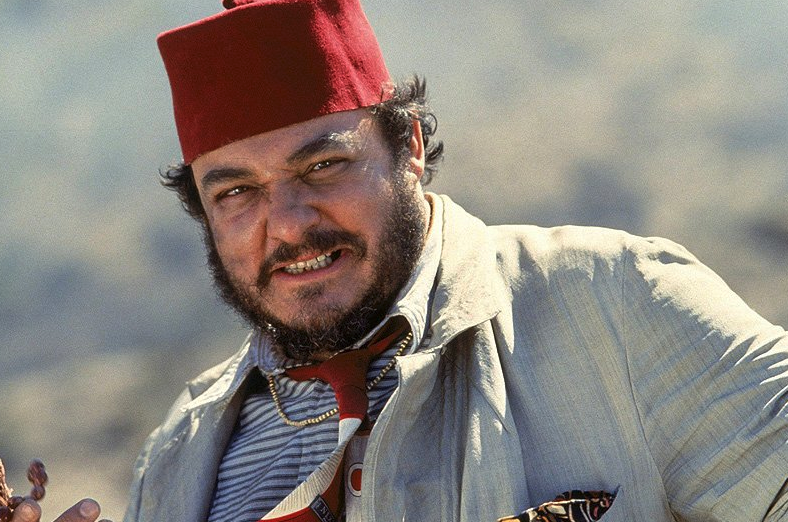 On this day in 1977, John Rhys-Davies turned 77. He’s best recognized to me as Gimli and Treebeard in the Lord of the Rings trilogy, as well as Sallah in Indiana Jones films. On this birthday, John, thank you very much. – Mike

“This is it, I’m not falling down for you again!” remarked Ford after a new trailer was shown at the event. The fifth Indiana Jones film will be the first one not directed by Spielberg. It will be helmed by James Mangold, who has previously worked on The Wolverine, Logan, and Ford v Ferrari.

With all of that in mind, it’s essential to connect the new film to prior works. Still, Rhys- Davies is a Welsh actor, and some fans are uncomfortable with him playing an Egyptian character. In the previous installments, Rhys-Davies performed Sallah with a significant accent and included questionable preconceptions into his dialogue.

Rhys-Davies is also recognized for playing Gimli in The Lord of the Rings trilogy and voicing Treebeard in Peter Jackson’s The Hobbit. Rhys-Davies told a reporter with The Tampa Bay Times that he declined a small role in Indiana Jones and the Kingdom of the CrystalSkull because he felt it was unjust, and he believed Sallah deserved more credit.

Details about Indiana Jones 5 are still limited, including the film’s eventual subtitle. Based on characters created by Philip Kaufman and George Lucas, the script was written by Jez Butterworth, John-Henry Butterworth, and Mangold. There is currently no information available regarding the plot. Pheobe Waller-Bridge, Mads Mikkelsen, Thomas Kretschmann, Boyd Holbrook, Shaunette Renee Wilson, Toby Jones (in his first appearance since 2015), Antonio Banderas, and Olivier Richters are among the cast members so far. The film is now set to premiere in the United States on June 30th 2023.