This post is for those who haven’t seen the fourth season of Stranger Things.

Stranger Things has been leaving breadcrumbs behind since the first season, and now that season four is here, fans are starting to get answers to their perplexing questions.

The existence of the Upside Down, a parallel dimension that parallels our world and serves as a carbon copy of Hawkins, Indiana (the setting for Stranger Things), albeit a more sinister and destructive one, is another one.

After four seasons of Stranger Things, we still don’t know how it all started. We just know that in 1983, when Eleven (Millie Bobby Brown) opened the first gate after contacting the Demogorgon (the main monster antagonist from Season 1), she did so with the help of her brother. Now, after watching Chapter Seven: The Massacre at Hawkins Lab, we’ve seen Eleven completely shatter our expectations of what her powers are capable of. 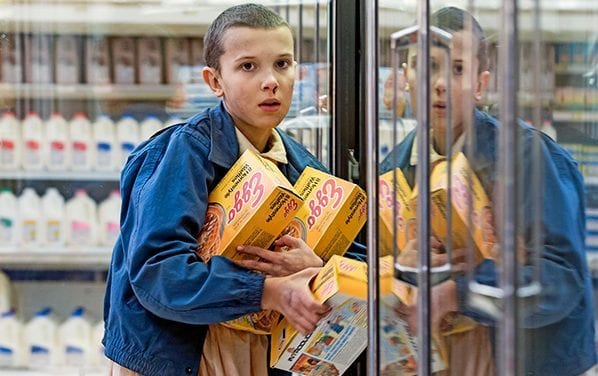 Who or what caused the Upside Down to appear?

Only two gates have previously existed in the Stranger Things universe: the Mothergate, created by Eleven, and the Soviets’ Starcourt Mall Gate.

The fourth season added the “five-star general” Vecna (Jamie Campbell Bower), who is based on Dungeons and Dragons’ Lord of Change. The humanoid monster preys on people with traumatic histories and repressed emotional wounds. Every time he kills someone, Vecna opens a “snack-sized portal,” which Steve (Joe Keery) described as a “snack-sized gate”, and when our band of nerds become privy to this knowledge they work overtime to hunt him down and kill him.

In what undoubtedly became the most dramatic triple reveal in Stranger Things history, we learn that the guard Eleven encountered in the Rainbow Room all those years ago was, in fact, Number One. He previously went by Henry Creel before being taken in by Dr. Brenner (Matthew Modine) and made Number One. Victor Creel’s (Robert Englund.)

Not only that, but we also find out that Number One murdered the children in the Rainbow Room in 1979, not Eleven, and that it was Eleven who stopped him. She accomplished this by generating an unforeseen amount of energy and launching him into the Upside Down, where Henry Creel became Vecna.

Although it’s possible that Eleven did not create the Upside Down, a couple of observations indicate otherwise. When Number One/Vecna is blasted into the Upside Down and falls through an open-air sky while being struck and damaged by lightning, this is evidence that the Upside Down previously existed and that Vecna was merely blasted into it.

The tentacle-like arms that slither back inside the aperture after Eleven blasted Number One through it implies that the Upside Down already had living creatures inside it, and thus already existed.

Another third fact causes confusion. When Nancy (Natalie Dyer) and the crew of nerds get trapped in the Upside Down, they notice that time has stopped moving on the day Will (Noah Schnapp) vanished, which is when Eleven opened the Mothergate.

The closing of the gate seems to imply that time has stopped in the Upside Down. So, when Eleven pushed Number One into the Upside Down, did she not create a gate? Or did she just seal it shut? Whatever the case may be, why did time cease moving on the day Will vanished but not when Number One was blasted into it?

The fact is that there are currently no solid facts about the Upside Down’s existence. The unresolved issues from the previous seasons will have to wait until Stranger Things‘ final two episodes, which premiere on July 1 on Netflix.

Home » Television » In ‘Stranger Things,’ Did Eleven Create the Upside Down?