As Christmas 2017 is less than three weeks away, we are in our holiday hurry trying to prepare. As I thought back over this year I was saddened by the fact we have lost so many great people. The talent that slipped from this earth, stars from the big screen, small screen and the concert stage is truly heartbreaking. However, in that same thought, I decided that I wanted to honor a few of these amazing stars by writing an ‘In Memory of’ Christmas Gift Guide. We will take a moment to honor those we lost as well as find the ultimate gift in their honor. 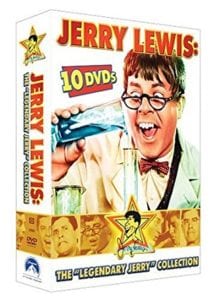 In 2017 we lost comedy legend, Jerry Lewis. Jerry Lewis was a jack of all trades in show business. He was a comedian, singer, actor, writer, producer and humanitarian. In his time on this earth had entertained millions of people and helped countless others with his MDA Telethon and other charitable work. He was born on March 16, 1926, and died on August 20, 2017. I searched high and low for the perfect gift for a Jerry Lewis fan and  I found the ultimate DVD collection of 10 of Jerry Lewis’s funniest movies including ‘The Nutty Professor’, ‘The Stooge’, ‘The Disorderly Orderly’ and many more. This retails at $124.00 on Amazon.com. 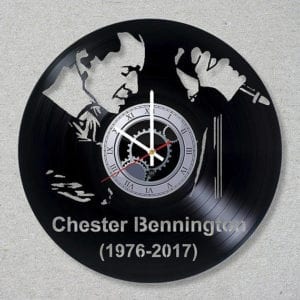 Chester Bennington was the lead singer for Linkin Park. The news of his death shocked the world and forever changed the lives of his fans. He was not only an awesome singer but he was also a songwriter. He was born March 20th, 1976 and died July 20th, 2017. This is a handmade, Vinyl Record Wall Clock in honor of Chester Bennington. It retails at $24.00 on Etsy.com. 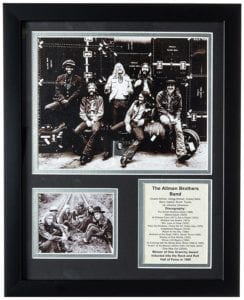 Allman Brothers Band fans mourned the loss of two of their favorite band members in 2017.  Butch Trucks who co-founded the band passed away on January 25th, 2017. Just a few months later, the world also lost Gregg Allman on May 27th, 2017.  The passing of two members in a year was devastating but the Allman Brothers music will live on forever in our hearts. The ‘Legends Never Die Allman Brothers Band’ 11×14 inch framed photo college is for the collector in your life. It retails on Amazon.com for $49.95. 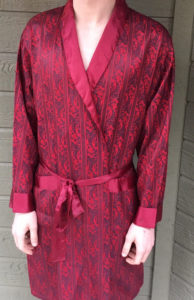 The world lost the media mogul Hugh Hefner this year. A man with an ummmmm “vision” forever changed the world for males everywhere.  In 1953 he founded ‘Playboy Magazine’ and never looked back.  Hugh Hefner was born April 9th, 1926 and died on September 27th, 2017. Finding “family friendly” gift ideas in his memory was a little bit harder than my other subjects but I did find this awesome men’s vintage smoking jacket that resembles the very famous one’s Mr. Hefner was often seen wearing.  They retail for $275.00 on Etsy.com which I know sounds expensive but if you want to look like a millionaire playboy you got the pay the price. 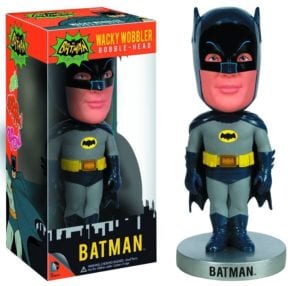 In 2017, the Bat Signal dimmed when Adam West passed away.  For me, he was the best ‘Batman’ to every wear the suit or title. He never growled when he talked as Batman and he wore real tights that alone makes him the best.  Adam West was born on September 19th, 1928 and passed away on June 9th, 2017.  His career expanded from screen to voiceover work so if the younger readers might not realize he was one of the first Batman to wear the cape they will know him from his role of Mayor Adam West on ‘Family Guy’.  I fell in love with this ‘Batman’ bobblehead by Funko that I found for $13.97 on ebay.com.

Sadly, we lost many more wonderful celebrities this year but I couldn’t list them all in this gift guide. I just hope that the 2018 ‘In Memory Of’ Christmas Gift Guide is a much smaller list.

You Have Not Failed This List! – The Ultimate ‘Arrow’ Christmas Gift Guide!