Mark Hamill, the legendary Star Wars actor, posted a tweet suggesting that he may appear in Taika Waititi’s Thor: Love and Thunder for just a few seconds.

The latest in a series of my two second cameos. 👍#BlinkAndYouMissMe 👀 https://t.co/XuTtaefcrO

The assertion began when film critic Jackson Murphy stated he was sure he saw Hamill in the forthcoming summer blockbuster. He posted two publicity stills of Thor’s Chris Hemsworth next to Hamill as Luke Skywalker from Star Wars: The Force Awakens, with a caption claiming the moment.

The actor Mario is known for his recurring appearance in the series. His latest was retweeted by Murphy: “The most recent in a series of my two-second appearances,” a thumbs-up sign, the hashtag #BlinkAndYouMissMe followed by an eyes character. 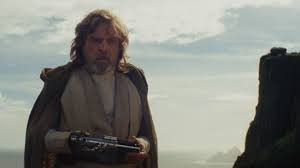 Murphy’s statement was echoed by multiple Twitter users. BuryMeInBilly felt relieved that she wasn’t the only one who noticed Hamill onscreen:

Another user agreed, noting that Hamill was in a scene at Omnipotence City.

Another movie critic, Sarah O’Connell, advised Hamill to make a showcase reel of all of his appearances.

Hamill then followed up with a second more cryptic post: a GIF of George Constanza telling Jerry Seinfeld, “It’s not a lie if you believe it.” 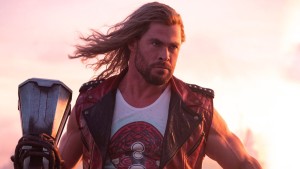 Some fans were unsure whether he was only joking or if he was, in fact, in the film. rockstar_mama wrote, “I’m not sure if you’re being serious.”

Meanwhile, kcmo_ken mused that the idea of a Hamill cameo was simply a Jedi mind game.

Whether or not Hamill will confirm his cameo is still unknown. We’ve already broken down all of the known cameos in Thor: Love and Thunder, including Idris Elba, Kat Dennings, Stellan Skarsgård, Sam Neill, Matt Damon, Melissa McCarthy, and Luke Hemsworth.

Thor: Love and Thunder is now in theaters.

Home » Movies » Mark Hamill Hints That He May Have Had a Role In ‘Thor: Love and Thunder’