Idris Elba is an Oscar nominated actor, a touring DJ, and now he is adding professional kick boxer to his resume. With a career as vast is Elba’s he can really do anything he wants and proves it often, he has played a war lord, Nelson Mandela, both heroes and villains and small and grand scales. News was released Tuesday that The Discovery Network will be airing a Docu-Series called “Idris Elba: Fighter” it will follow Elbas journey stepping into the ring for his first pro fight. The journey has taken him to Britain, Cuba, Japan, South Africa and Thailand. He has been training under former champions and some of the most impressive trainers in the kick boxing world.  “It has been a lifelong ambition of mine to fight professionally,” said Elba. “Entering the ring to further test myself as a human being is a challenge I have been looking to take on for quite some time.” For a star who has said previously told Variety that he may be too old to play Bond he sure isn’t letting his age slow him down, not that 43 is too old for anything! Elba is proving that you can do anything you want badly enough, he is still DJ’s when he can, plus now a pro kicking boxing career, and none of that has slowed his acting career in the slightest Elba has 5 films that are in between pre and post production along with a 6 part TV mini series that is filming all set for release between now and 2018. 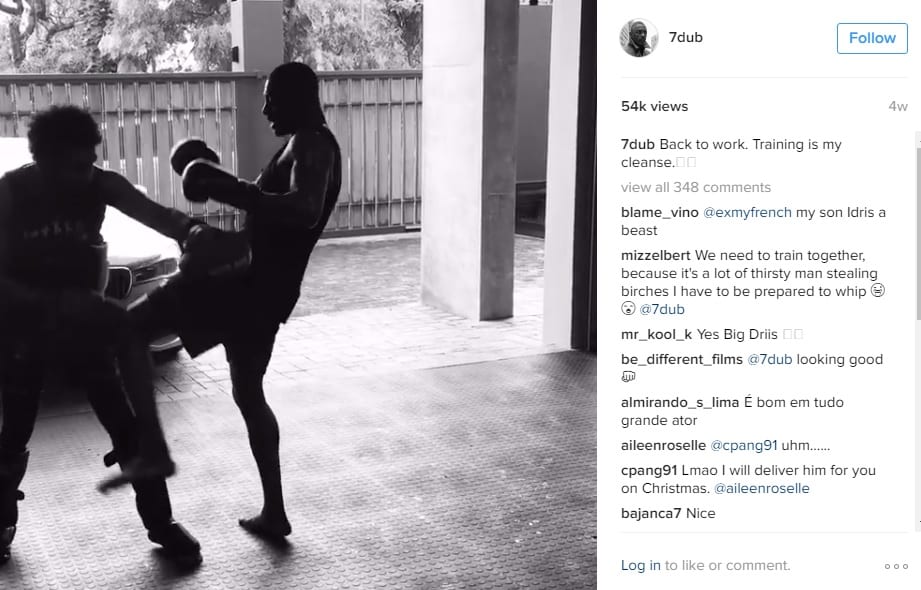 The last several weeks Elba has been showing his instagram followers some gym videos in preparation for his first fight. The docu-series is set air on Discovery Networks International channels in early 2017. Until then you can catch go watch him in the latest Star Trek film or maybe the Jungle Book that was released on video this week. If you have only seen Elba in his big studio rolls I would recommend watching his critically acclaimed BBC detective drama Luther, he plays the title character it is a perfect outlet to show his wide range of acting abilities.