For seven seasons the creative team of The Walking Dead has kept its audience on the edge of it seats. Between the artfully done terrifying zombies and the horrifically brutal humans there is never a dull moment on the show. This show has proven that while the zombie herds are nightmare inducing, the truly most terrifying part of the show are the humans that are left in the world.

While watching the last episode of season 6 the desperation that you feel from all the character just trying to get past the saviors was painful. You wanted them to get to Hilltop so badly, but knew that they would end up coming face to face with Negan, who had been teased heavily all throughout the season. When Jeffery Dean Morgan stepped out of the RV holding Lucille everyone knew shit was about to hit the fan. The resulting loss of two such loved characters really made Negan’s introduction heavy. Then when all was said and done the pain of losing Glenn and Abraham far out weighted the fear of Negan.

I pondered for some time why for two seasons I was terrified of The Governor, played by the amazing David Morrissey, while Negan didn’t really scare me at all. I came up with two possibilities; One, the Governor played into the stepford perfect life troup..which lets face it is scary! Negan comes on the scene swinging… literally. There was no anticipation to the reveal of being super evil sitting in front of fish tanks full of heads like we got with the Governor. The second and more plausible possibility is that I love Jefferey Dean Morgan to much to be afraid of him, I am a big Supernatual fan, I also loved Watchman, and PS I love you. While all three characters are very different they were all lovable in one way or another.  So after Negan does something particularly terrible and isn’t on the screen anymore I think about John Winchester and all of the funny convention footage I have seen over the years. While David Morrissey has a very impressive filmography I am not familiar with any of his work previous to The Walking Dead. When an episode ended with the Governor I just replayed the terribly twisted things the character did, his evil acts stayed with me for days and days. 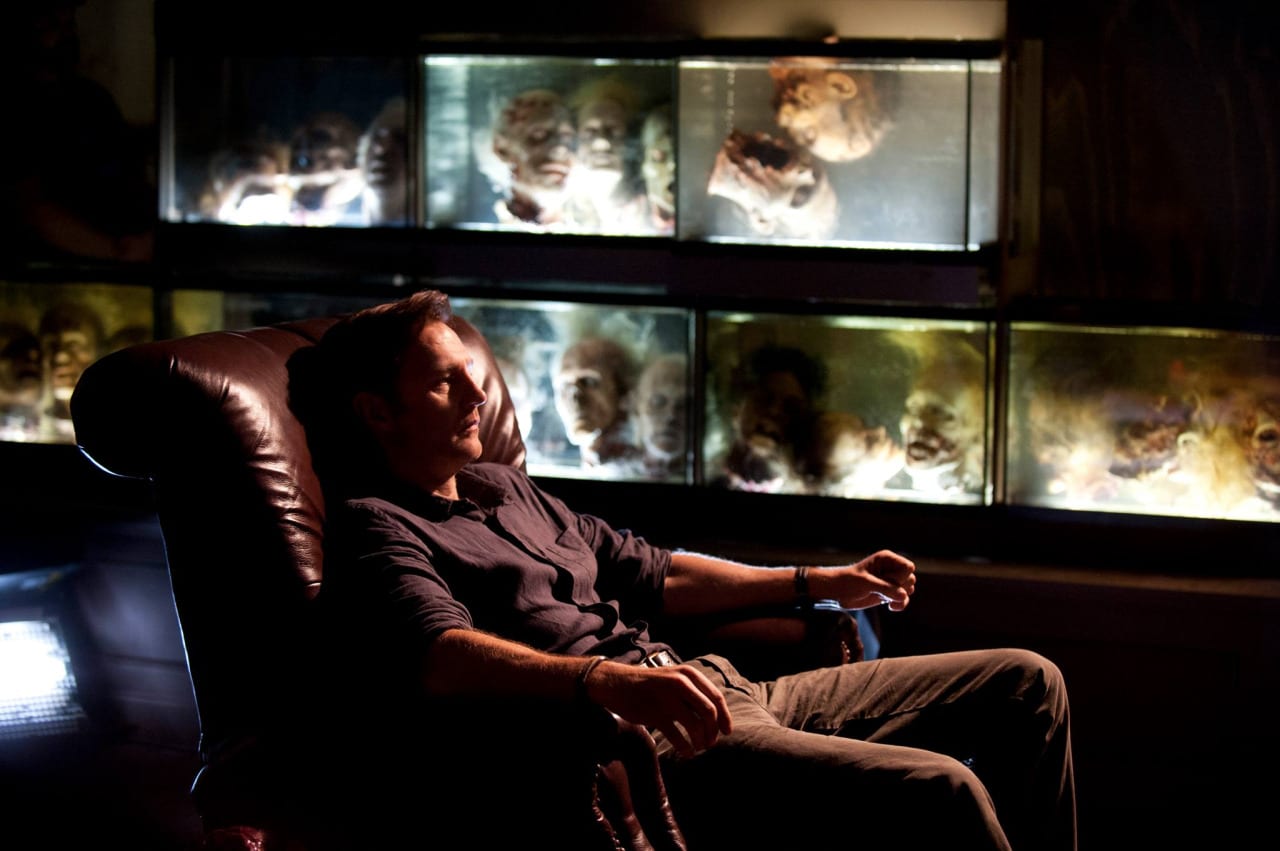 This in no way means I don’t think Jeffery Dean Morgan is as good as David Morrissey, I think they are both fantastic actors! While both characters are crafted beautifully they are undoubtedly supposed to be scary in different way and both actors have brought life and dimension to these foes. I am a lover of story telling and because of that have watched a lot of TV, but after thinking about this I wish that I could go back and watch some of my favorite shows over again without having the residual love for the characters the actors have previously portrayed.