Fans of Hulu’s Difficult People received some well…difficult news yesterday as the streaming service decided to pull the plug on the series after just three seasons.

The Hulu original series starred Billy Eichner and Julie Klausner as “fictionalized versions of themselves, who are best friends and aspiring comedians living in New York City.” It quickly became a popular favorite on the site due to its brilliant performances from Eichner and Klausner and its smart use of guest stars alongside relevant stories and great humor.

“I feel great about the show that I got to make,” said Julie Klausner who also created and wrote the show to EW. “I feel like the luckiest girl in the world. There are amazing shows that have ended after three seasons, like Strangers with Candy, Arrested Development — I don’t mean to self-aggrandize myself by comparing myself to those great shows — but I’m really proud of the work we did and the series as a whole.” 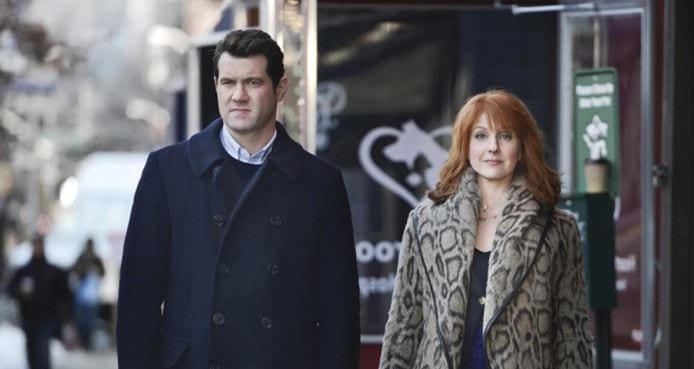 Billy Eichner did what he does best and took to Twitter to announce the news and of course, sprinkle some humor on the situation.

Yes it’s true. DIFFICULT PEOPLE has come to an end. Thanks to many people but above all my friend, @julieklausner. A singular comedic voice & the funniest person I know. I cannot WAIT to see what Julie creates next. Thanks to all of you Difficult People out there who watched.❤️

It feels very appropriate to the show that Difficult People would finally start trending right after it was cancelled.

The news came as quite the shock to fans as the show had been critically-acclaimed throughout its 28-episode run, with the three seasons averaging a 92 percent approval rating on Rotten Tomatoes.

#DifficultPeople will go down in history as one of the funniest TV shows of all time. Thank you @julieklausner for writing what I would consider a masterpiece.

#DifficultPeople is cancelled! 😭if you need me I’ll be ugly crying in my office the rest of the day. 2017 haven’t you taken enough! pic.twitter.com/xZ0jlU0LXZ

I need Congress to immediately appoint a Special Prosecutor to investigate why @Hulu canceled #DifficultPeople. I don’t believe we are getting the full story behind this devastating news.

The site is most likely trimming their catalog to make room for new original series after the success of their hour-long drama The Handmaid’s Tale at the 2017 Primetime Emmy Awards. However, you will still be able to stream seasons 1-3 on Hulu. What do you think about the cancellation news?