Ladies and Gents, this is the moment you’ve waited for. Despite just announcing his world tour “The Man. The Music. The Show.” last week, Hugh Jackman is already giving fans a taste of what to expect! Jackman appeared on Today Tuesday morning where he gave two live performances of songs from some of his most iconic big-screen musicals.

[row]“This is the bucket list. This is a dream come true. Look at me! I’m in the Plaza with the tree behind me,” Jackman told Al Roker before his performance. [/row]

He kicked things off with a bang, performing the popular anthem “The Greatest Show” from last year’s The Greatest Showman. He sounded amazing and had all sorts of choreography, promising fans that they’d be getting much more than just him and a microphone. You can watch that performance below!

Next up, Jackman sang a medley of songs from the epic musical Les Miserables, including “Valjean’s Soliloquy” and “One Day More”. Jackman’s role as Jean Valjean in the 2012 film earned him an Oscar nomination, so to be able to see him performing these songs live, just as he did in the movie, will truly be something special for anyone in attendance. You can watch this performance below!

Jackman’s tour will kick off in Europe with 12 shows starting at Barclaycard Arena in Hamburg, Germany on May 13. He will then be taking it to France, Switzerland, Ireland, and England as well. Shortly after, he will kick off the 22-stop North American tour at the Toyota Center in Houston, T.X. on June 18. That will conclude with two final shows at next year’s Hollywood Bowl. Tickets will go on sale at HughJackmanTheShow.com on Dec. 7 at 9:00 a.m local time. However, the New York City dates won’t go on sale until Dec. 10 at 10:00 a.m. ET. The Los Angeles/Hollywood Bowl dates will also have a separate sale date, but it has not been announced yet. 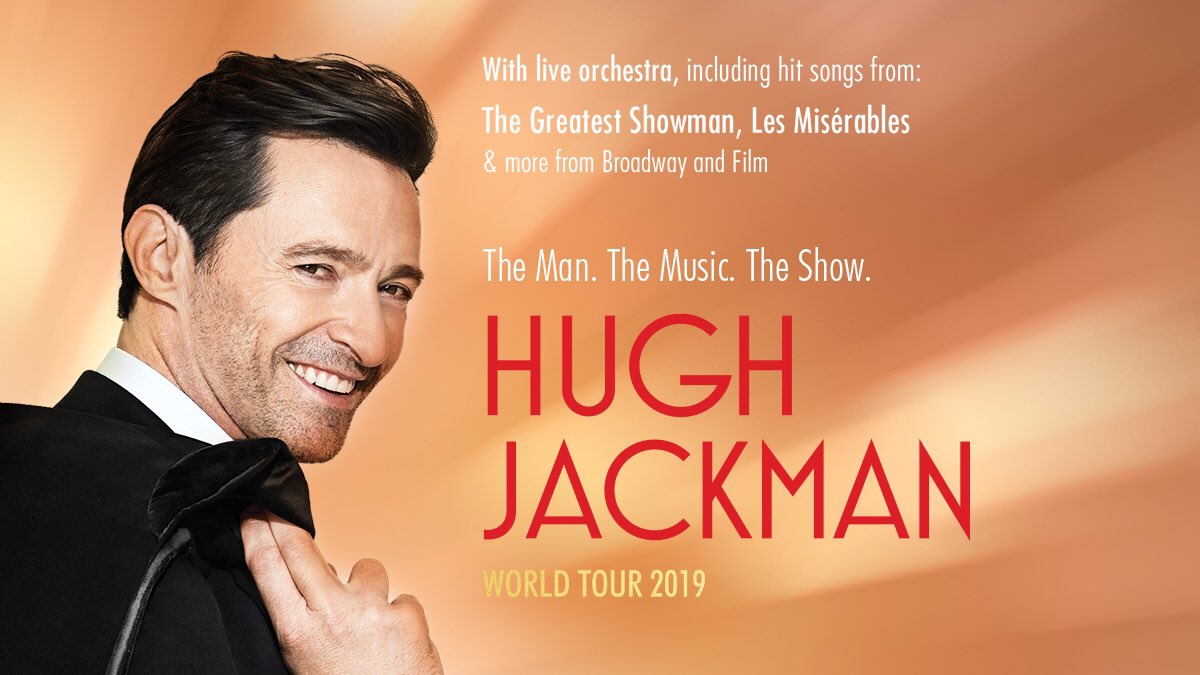 Here are all of the stops that Hugh Jackman: The Man. The Music. The Show. will be making next summer!

Will you be going to see Hugh? What did you think of his live performances?