Let’s face it: There are a lot of Superhero movies out there and over the past few years, things have sometimes gotten… predictable. The undeveloped love interest; the “past deed” they try to make up for; and the Post Credits. Deadpool changed this up a bit by mocking these recurring plot devices. Wonder Woman on the other hand, completely changed the game!

Whether it’s the direction/ tone of the DC Extended Universe or the “superhero” genre in general, Wonder Woman showed us what superhero films can be! So let’s take a closer look at what Wonder Woman changed in terms of how we handle superhero love interests, post credit scenes, hero motivation-as well as how it changed the direction of the DCEU itself, while still respecting it.

One of the worst “recurring themes” of Superhero films is how the romantic interest is purely that: “a love interest”. Its main purpose is to help drive the main character’s development and nothing more. Have we ever seen Lois Lane, Pepper Pots, Mary Jane or any previous “romantic interests” get character development within their respective first films? No, because we hardly know where they came from. Even when factoring in sequels, they still remain largely defined by the main character’s journey. Wonder Woman on the other hand changed this.

‘Steve Trevor’ is the love interest that all superhero love interests should be – or rather, he represents how they should be portrayed. He is a fully realized character as we know his motivations, his mission, his back-story and we actually see him and Diana form a relationship. Other films usually just snap their fingers and BOOM, couple. Need I remind you how awfully giddy Jane Foster was interacting with Thor. Here though, Steve is sarcastic and bounces silly lines off of Diana. He isn’t portrayed as a one-dimensional character that is giddy or strict or administrative. His character is many things: a liar, a killer, a smuggler and still a good man. Though his biggest moment is also his final moment, as he sacrifices himself to save everyone. 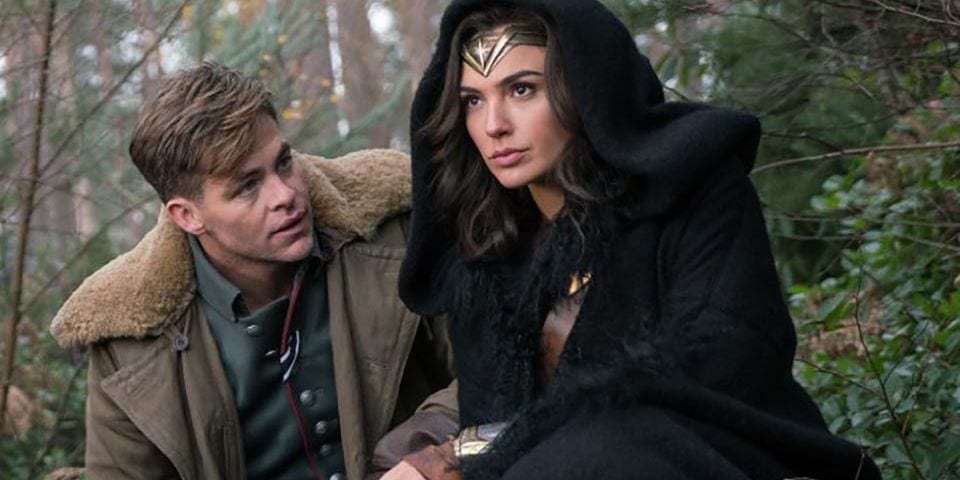 In other hero films, the death of a love interest is heartbreaking, it’s meant to hurt the hero and drive them forward out of grief. Here on the other hand, Steve’s death is on his own terms; and rather than being tragic, it’s noble. Ares tries to use his death against Diana, but Diana isn’t hurt by the loss but rather inspired by how Steve truly was a man of principles until the end. Wonder Woman completely changed the way I think about the role of “love interests” in superhero films; and it looks like I’m not alone. Alex Abad-Santos wrote a great article about this very subject over on Vox. Now let’s hope some other film franchises get the message and change how they treat “love interests” because there are many leading ladies out there who deserve the same stellar character development Steve Trevor got! It’s not about having a love interest but rather having a partner; and Diana and Steve made fantastic partners in everything they did!

A Self-Contained Film With No Cameos Or Post-Credits:

I’ve seen Wonder Woman several times already and one of the oddest feelings remains the end of the film. The movie cuts to the credits, I get up and begin to walk out of the theater. I can hear the confused comments around me: “Why is he leaving?” “Who leaves a superhero movie before the credits are done?” “Psh, newbie never heard of post credits before!” (my personal favorite). Well several minutes later, they find out why: Wonder Woman has no Post Credits! Though this isn’t actually a bad thing!

Whereas the Marvel Cinematic Universe has truly set the bar with Post Credit scenes, it actually takes away from the movie you’re seeing. Between set ups, cameos and cliffhangers, the movie you’re currently watching becomes less a FILM and more an extended trailer for the sequel. Remember the days when superhero movies seemed almost self-contained and completely enjoyed the moment rather than setting up everywhere it was heading next? Wonder Woman was a fantastic film and will most definitely get a sequel; but I like thinking of Wonder Woman as it’s own thing right now. I like not knowing where her story goes next. It helps me focus on how amazing THIS film was instead of thinking ‘Wow, they’re going there next!” It’s a subtle but important difference, but that isn’t the only “subtle but important difference” this film offers.

Do It For Love! – And End To The ‘Great Power, Great Responsibility’ Age:

Think of a hero’s usual motivations. Maybe they do it to avenge someone they lost like Batman. Maybe they do it because it’s expected of them and they must rule wisely like Thor. Maybe they do it to make up for past deeds or inaction like Ironman, Black Widow, Ant-Man or Spider-Man. Maybe they were just raised really well and know that justice and goodness must prevail like Captain America or Superman. Whatever the superhero film, it can usually be summed up with the Spider-Man (2002) quote: “with great power comes great responsibility”. The same cannot be said of Wonder Woman’s motivations. 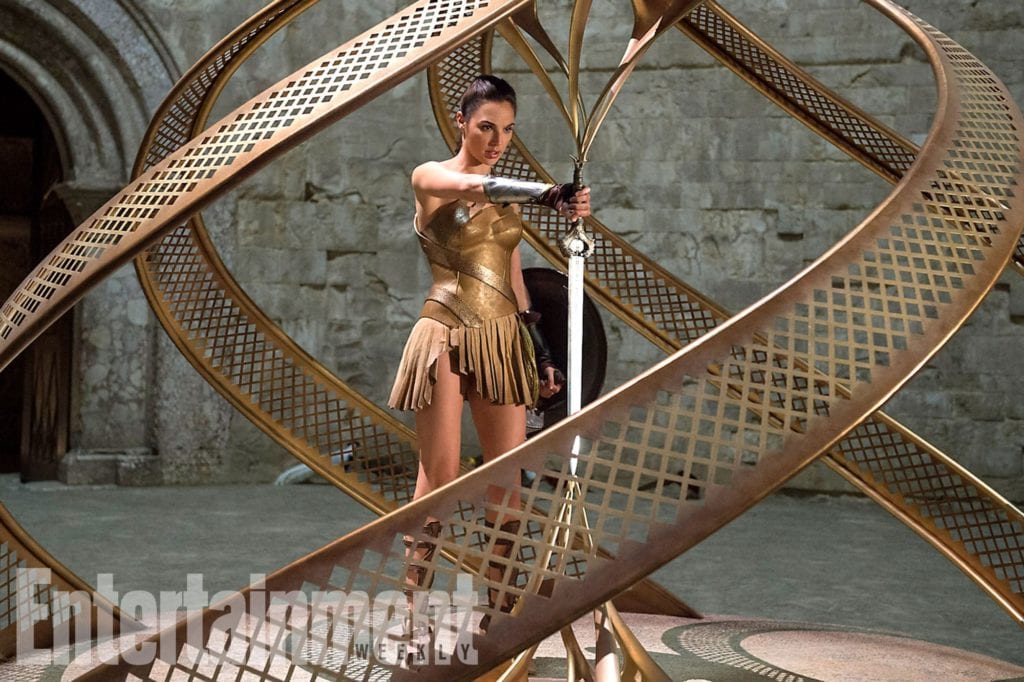 Yes, Steve tells Diana a story about his father teaching him about responsibility and duty; but that’s what drives Steve Trevor. Diana is driven by love; and whereas it might be a subtle distinction, it makes ALL the difference! She isn’t fighting because she has to, but rather because she knows she can free mankind from the grasps of evil. She loves them and believes in their goodness. Again, it’s a very subtle difference at times and could be attributed to what some would call Diana’s “naivety”, but that’s not a bad thing. The way Diana views the world is beautiful and she is strong enough to not only be that force of change, but also inspire it in all she meets! Which brings us to our final section!

Changing The DCEU – Acknowledging The Dark While Introducing The Light:

The DCEU is dark… LITERALLY! This is something you can’t really argue against as even daylight scenes have this muted filter placed over them to look like perpetual overcast. Wonder Woman on the other hand did something interesting. Yes, it had scenes with clear skies and unobstructed sunlight, but take note of WHERE many of those scenes took place: Themyscira. Everything in Themyscira is gorgeous and bright, but once she enters the realm of man, things get dark again. This is a wonderful stylistic choice that both respects the literal “dark world of man” the DCEU has been setting up while also adding light to it.

Though, this isn’t the only time “light” plays a role in this film, as even scenes under the coat of smoke and darkness have a “light” to them. There’s actual contrast in this film and Diana and her comrades shine even in the darkest of night. She might not be in Themyscira anymore, but Diana is adding her own “light” to this dark world. And where “light” enters, “hope” also follows. This is something Patty Jenkins did exquisitely and is best seen again by film’s end. Diana is still in the ‘dark realm of men’ and yet a beautiful dawn is breaking. Ares’ evil is gone, Diana is triumphant and light (hope) begins to break through the darkness.

Though this film didn’t just play with ‘respecting/ brightening the dark’ in a literal sense, but also in the sense of subject matter and tone. When the film starts off, we are greeted with an American Beauty-style monologue; but instead of Diana telling us “the story of how she died”, it seems she is going to tell us “the story of how she lost her innocence”. The trailers for this film seemed bright and empowering, so when we heard this set up we immediately thought: “Great, it’s light now, but is going to end with her being dark, gritty and jaded”…. But it doesn’t!

Wonder Woman is a film that does not shy away from or ignore the darkness. It was certainly a realistic representation of the horrors of war; but at the same time, it doesn’t succumb to the darkness. We see the soldiers dance and celebrate their victories. We see Diana inspire hope in those around her. In the end, what Wonder Woman does above all else is finally find that perfect balance of light and darkness – literally and figuratively. Life isn’t always dark and depressing, but it’s also not always bright and cheery. Wonder Woman gives us a character that can not only stand against the dark times, but can also inspire us to stand alongside her.