The Flash Season 3 gave us a lot of new material. We got two new co-hero Speedsters, a new Wells and a much darker tone than we’re used to. But did you know this season also gave Caitlin Snow her best relationship yet?

PLOT TWIST! I’m in no way talking about Julian (sorry, Tom Felton). I’m also not talking about evil Barry (sorry Snowbarry fans). In fact, I’m not even talking about a romantic relationship! At its core, a relationship is the bond between two or more people, and as this season showed: there is no bond stronger than the friendship between Caitlin and Cisco! 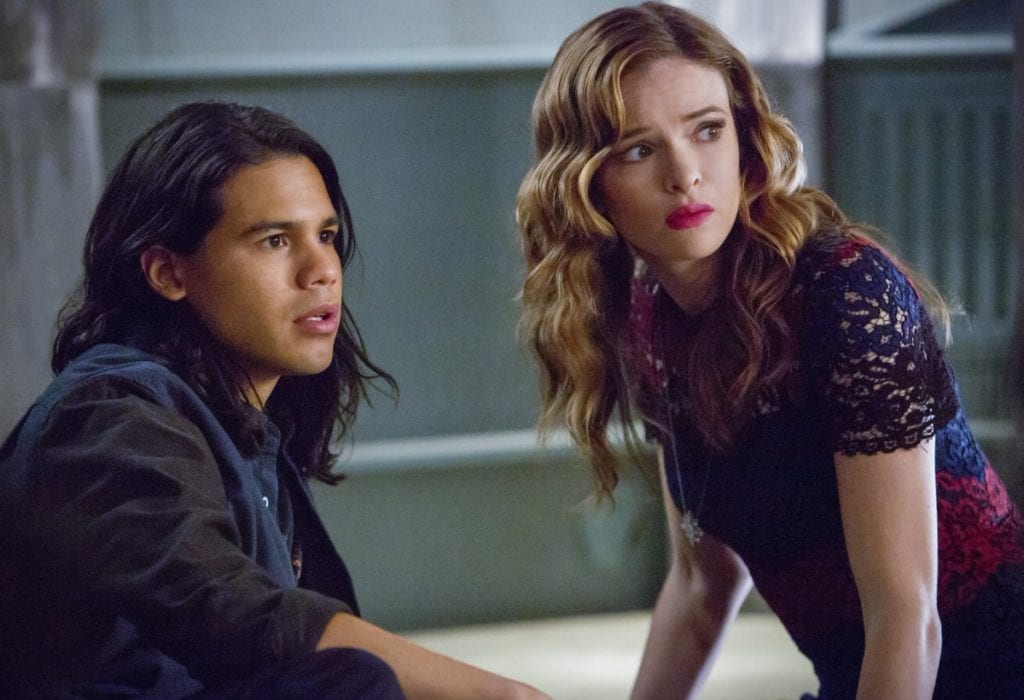 Caitlin has largely been a character defined by her romantic relationships. In Season One, she was still grieving over the loss of her fiancé Ronnie only to find him again and get married. Season Two saw her lose Ronnie yet again and try to move on with the charming new hero in town, Jay Garrick – who turned out to be a manipulative psychopath. From the get go, we knew (or rather hoped) Season Three would be different. After suffering a loss twice and then being burned with the guy she tried to move on with, to have Caitlin jump right into a new relationship would have been hard to believe. And thankfully the writers handled this beautifully when dealing with Julian’s introduction as a member of Team Flash.

From day one, Caitlin told Julian that she wasn’t in a place to be in a relationship. Though if you actually watch Caitlin’s and Julian’s scenes closely, we see that there actually isn’t that much MUTUAL chemistry between them. And that’s not a dig against the actors, that’s pointing out the actual dynamic of the relationship. In a recent interview with Digital Spy, Danielle Panabaker even commented on this by pointing out that “he was more into her than she was into him.” She elaborated by saying,

“[Caitlin] was dealing with so much personal stuff, so much turmoil, as she was learning about her powers. So I think [Julian not returning for Season 4] is a loss for the show and for Team Flash, but I don’t know that Caitlin feels Julian’s absence as deeply as she felt, for example, Ronnie’s absence.”

So it wasn’t ‘Caitlin’s turn to Killer Frost’ that ruined this budding romance, as there wasn’t much of one to begin with. Though Caitlin’s turn – and turn back – do serve as the ultimate example of why the Friendship between Caitlin and Cisco is much more important than any potential romantic relationship.

What It Means To Truly Care – Julian Vs Cisco:

The friendship between Cisco and Caitlin has to be one of the truest/ most beautiful relationships I’ve ever seen explored on a TV series. We’ve seen them be friends before, but Season 3 of The Flash did a truly stunning job of showing how these two have an unbreakable bond. It might not be romantic, but these are two people who truly care about and accept the other for who they are. We saw that a lot this season with them discussing love lives and helping the other move forward, thought this is best seen when comparing every time Caitlin loses control as Killer Frost vs every time she regains control.

I’ve spoken of this before, but it bears repeating: Caitlin became Killer Frost when Julian ignored her wishes. Yes, he did it to save her life, but her final wishes/ instructions were that she would rather die than become Killer Frost. She could not have been more cut and dry. And yes, Julian cared; but you cannot say that Julian cared more than Cisco. Cisco was going to lose his best friend, but he had to respect her wishes no matter how much it hurt him. He put her needs and feelings before his own. Julian did not. And it seems like Killer Frost knows this too! 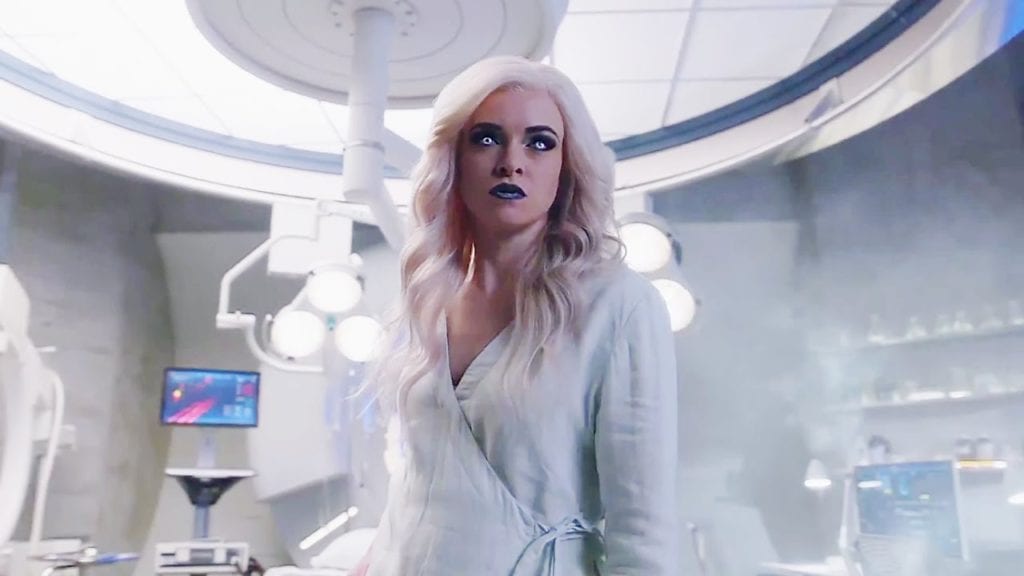 For example, take the episode “Cause And Effect” where Cisco starts to get through to Killer Frost. She’s remembering their old times and Caitlin looks to be struggling for control, but then Julian chimes in with his “Caitlin I love you” and she’s back to being cold. Maybe Killer Frost’s rage overpowers Caitlin. Maybe Caitlin’s anger matches Killer Frost’s anger? Whatever the case may be, Killer Frost has usually appeared when someone tries to exercise their will/ wishes over Caitlin’s. It happened at Caitlin’s mom’s lab with that attendee and it’s happening again here. And that brings us to the moment Caitlin does truly regain control.

When Cisco gets the upper hand, he could have just injected her without giving it a second thought. He could have said “screw everything, I want Caitlin back”. He could have done precisely what Julian did earlier…. But he doesn’t. Cisco wants his friend back more than anything, but not if it means forcing her. Maybe Caitlin has decided she wants to be Killer Frost now. And even if her judgment is impaired, he is not going to take that choice away from her. Whether she’s Caitlin Snow or Killer Frost, he respects her and truly loves her like family.

Additionally, by giving Caitlin this choice, he leaves himself wide open to a sneak attack. He is literally putting HER well being before his own. This is what snaps her out of it and drives her to protect him – because she knows Cisco has, does and always will do the same for her!

With a lot of TV shows nowadays, it’s easy to get ‘ship’ fever. We focus so much on the chemistry and sexual tension between characters, we rarely get to see a stunning friendship between characters of the opposite sex. At times, it makes it seem as though the only super close relationships between a guy and a girl are either romantic or – dare I say it – “friend-zoned”. The way Season 3 explored Caitlin’s friendship with Cisco is truly the best thing coming out of this past season! And whether Season 4 brings us more Caitlin, more Killer Frost or both, I can’t wait to see how the writers and actors continue to evolve this SUPER dynamic!