Felton said that he and Watson liked each other “at different times” in their lives, as told by a hairstylist on set. The stylist had said that Watson liked Felton, to which he responds with laughter and disbelief. He wrote, “‘She was 12, I was 15. I had a girlfriend, and in any case”

He wrote that she, being new to film sets and the only girl among the child actors, was met with “She was surrounded by ‘boy humor’ — silly practical jokes and pre-pubescent laddishness … it can’t have been easy … She was in many ways treated like an adult from the day she was cast.” of practical jokes and immaturity. It couldn’t have been easy for her to handle, he said, adding that girls in general are subject to more unfair sexualization in media than boys. They’re judged based on looks rather than ability or assertiveness as is often done with males.” 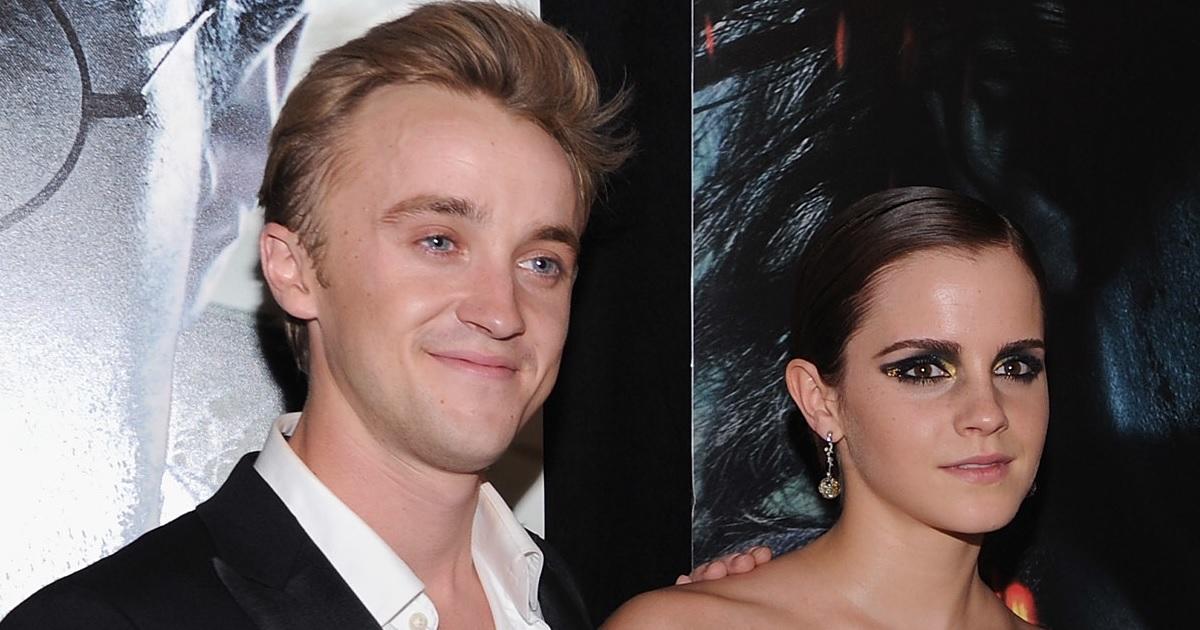 Felton also mentioned how there were talks going around that him and his costar, Emma Watson, were together when they filmed Harry Potter and the Prisoner of Azkaban. He “denied” any romantic feelings for her at the time. However, his girlfriend at the time was skeptical of their relationship. Felton wrote in his memoir, “I remember using that familiar old line: ‘I love her like a sister.’ But there was more to it than that. I don’t think I was ever in love with Emma, but I loved and admired her as a person in a way that I could never explain to anyone else.”

In the past, Watson has talked about how she used to have a crush on Felton. In the Harry Potter 20th Anniversary: Return to Hogwarts special, she fondly remembered how attracted to him she was. Tom’s drawing stood out to Watson.

She said, “I just don’t know how to say it, I just fell in love with him.” Watson continued, “I used to come in every day and look for his number on the call sheet
It was number 7 If his number was on the call sheet, it meant that he would be filming today.