House of the Dragon Episode 9 contains some of the biggest changes from the source material since the show began. While most are insignificant and won’t affect the plot, one moment in particular has social media up in arms.

If you haven’t read House of the Dragon or Fire & Blood, stop reading now! 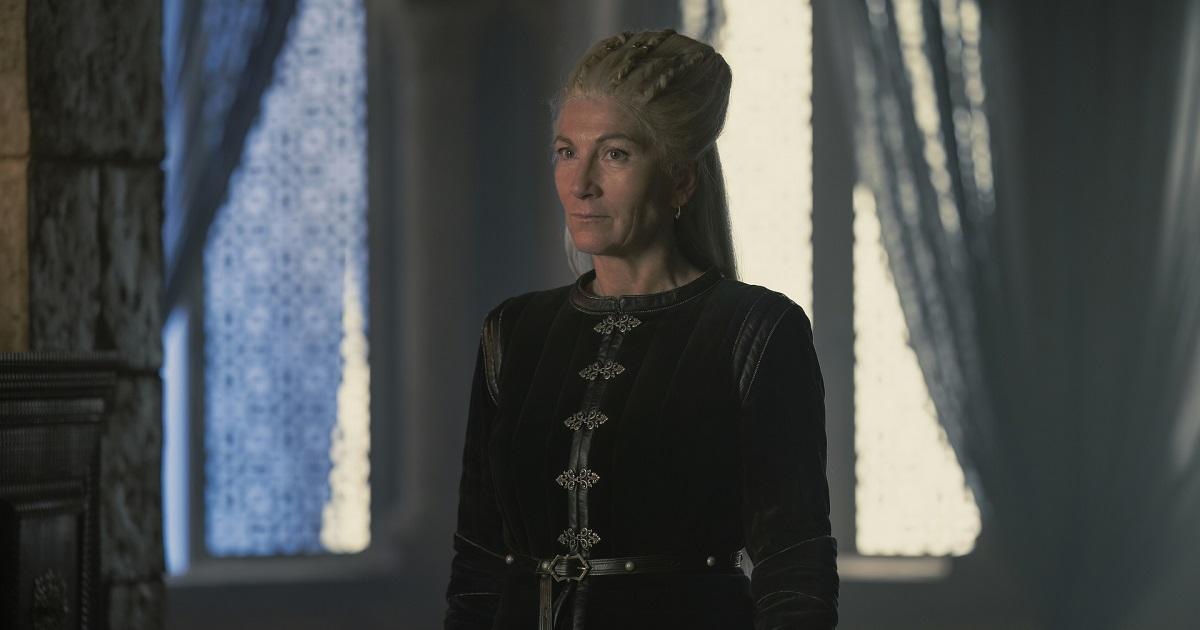 There are spoilers ahead for both books.George R.R. Martin’s Fire & Blood is not a traditional novel, but rather an “imaginary history book.” This means that there is lots of room for interpretation when it comes to adapting the source material into creative works like House of the Dragon. The events described in Fire & Blood are based on three unreliable in-world primary sources which often disagree with each other, so some changes must be made in order to tell a coherent story.

In Episode 9, a scene is included between Larys “The Clubfoot” Strong (Matthew Needham) and Queen Alicent Hightower (Olivia Cooke) that was not present in the book – not even in Mushroom’s biased, comical account of court. This revelation FYI showcases Larys’ progress as an spies kills master with access to assassination attempts and blackmailing methods; requiring specifics from queen th protect his resources and information.

Larys’ mysterious scene will no doubt inspire many memes, keep the show trending and could even bring in some new viewers. However, it seems to have very little impact on Larys’ arc which has already been changed slightly from the book – In House of the Dragon, “Master of Whisperers” does not exist. By now in the book, Larys should already hold that title but instead he allies himself with Alicent’s faction for his own interests.

In the book, during King Aegon II’s coronation (Tom Glynn-Carney), Princess Rhaenys Targaryen (Eve Best) is not mentioned; however, in the show, she is present at the Red Keep. She is then imprisoned in her chamber but manages to escape with one of the Kingsguard knights who joins Rhaenyra’s side instead of staying with Aegon.

Near the end of this episode, Rhaenys opts not to leave without a fight. She slinks over to the Dragonpit and mounts her dragon Meleys, “The Red Queen.” Taking flight into the pit’s large chamber where the coronation is being held, she destroyer The masonry with her dragon and tramples many commoners – though she knows those people were forced into sword-point by Cersei Lannister to witness Daenerys Targaryen’s crowning .

Most surprisingly, Rhaenys does not make any use of this moment of advantage. She and Meleys walk up to the stage and glare at the “Green Council,” including the newly-crowned king. However, she does not order her dragon to bathe them in fire or harm them whatsoever. Instead, she flew away – presumably to join Rhaenyra and her “Black Council.”

This scene is intentionally vague and can be seen in different ways. Perhaps Rhaenys originally meant to kill Aegon but couldn’t go through with it after she observed Alicent shielding her terrified son. This makes sense when taking into account a conversation that Rhaenys and Alicent had earlier on in the episode.

It’s possibly that Rhaenys didn’t want to risk retribution, since she wasn’t confident how Rhaenyra and her group planned to proceed. Nevertheless, it’s jarring to see her infringing through a mass of small folk who are unable to escape. This scene needs more detail. In fact, the dragon riders who are fighting in this civil war will have trouble controlling the destructive force they wield in future battles .

So far, House of the Dragon has only demonstrated a war scene involving Daemon (Matt Smith). It is my hope that there will more thought-provoking scenes like this in future episodes. Keep your eyes open for Season 1’s conclusion on Sunday, Oct 23 at 9 p.m ET; it will be available on both HBO and HBO Max. Lastly, if you haven’t already done so, go check out Fire & Blood which is currently accessible in print form as well as digital and audiobook formats!

Home » News » House of the Dragon: Two Scenes That Weren’t in the Book