The fourth episode of House of the Dragon, “King of the Narrow Sea,” aired on HBO this week, and it featured several important events for the show’s major characters.

Be careful if you haven’t seen the latest episode! Major spoilers ahead. On the Game of Thrones spin-off, Daemon (Matt Smith) took Rhaenyra (Milly Alcock) on a tour of King’s Landing and things got pretty hot and heavy.

The show airing an uncomfortable scene between two characters, Alicent (Emily Carey) and King Viserys (Paddy Considine), while the niece and uncle were watching appeared to king them very much enjoy themselves. During a recent interview with Newsweek, Carey, who is now 19, stated that she was apprehensive performing a sex scene with someone 30 years her senior.

“We have an intimacy coordinator who was amazing,” Carey explained “Again, still being 17, the first scene that I read from the show was my sex scene and my intimacy scenes, that includes the scene where I’m bathing the king-anything that felt intimate was considered an intimacy scene, which I thought was great.” They added, “But, it scared me because at that point I still hadn’t met Paddy, I didn’t know how much of a joy he was and how easy he was going to make [the scene], and all I saw was, you know, a 47-year-old man and me, I was a bit concerned.” 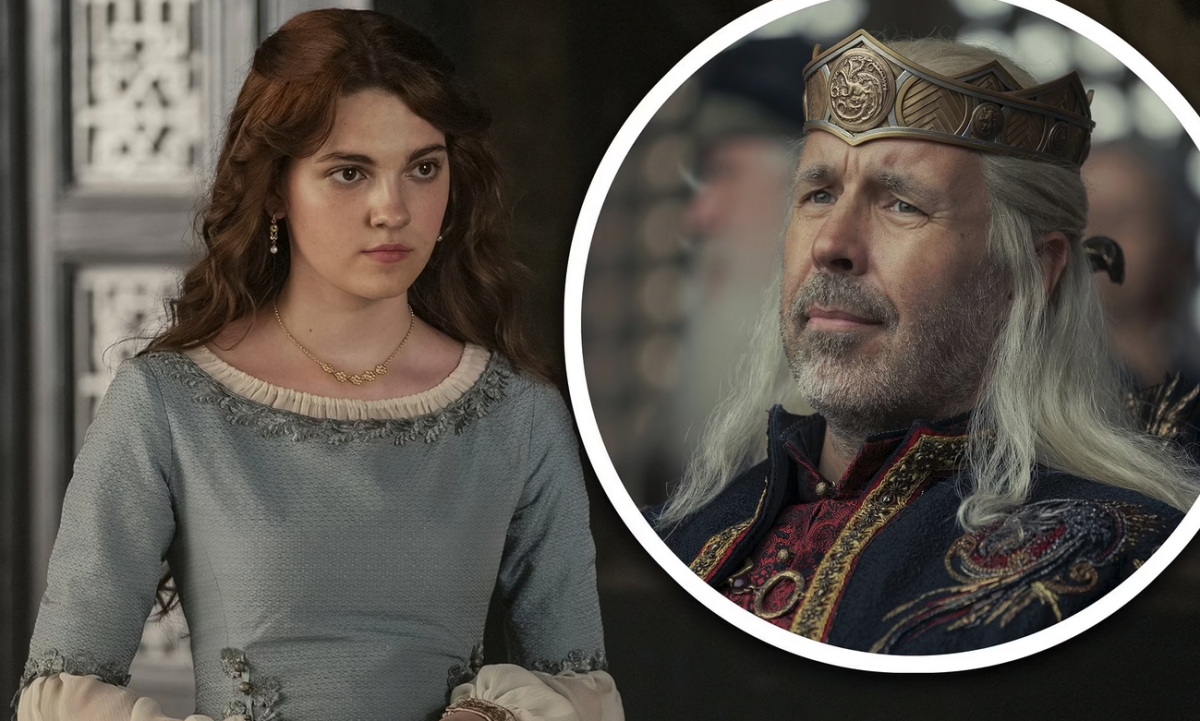 Carey continued, “And having that outlet of the intimacy coordinator, to be able to talk everything through and not be shunned, or not feel awkward, or not feel like ‘Oh, this isn’t your job. I don’t want to make you feel uncomfortable but can I ask you…’ it was never any of that, it was just that open dialogue … In the rehearsal room she was a massive help, and on set she was a massive help. Yeah, it was a lot easier than I thought it was going to be.”

“I think I was still 17 when I started this job, I was 18 by the time we started shooting but there was a few months of me in this role as a 17-year-old. I’ve never seen Game of Thrones before, and so in the pre-production period I sat down to try and watch [it] and of course the first season, even just the first episode of Thrones, there’s a lot of violence upon women. There’s a lot of violent sex and it made me nervous. I was like, ‘Oh God, what am I gonna have to do in this show?'”

“Certainly, there were a lot of women behind the scenes, we had an amazing team, we had, of course, female directors, I worked with the amazing Clare Kilner who was fierce, and lots of women producing this show as well, and Sarah, one of our writers, amongst many others in the writers room, I’m sure,” Cary explained.

You can read HBO’s official synopsis for House of the Dragon here: “The prequel series finds the Targaryen dynasty at the absolute apex of its power, with more than 15 dragons under their yoke. Most empires-real and imagined-crumble from such heights. In the case of the Targaryens, their slow fall begins almost 193 years before the events of Game of Thrones, when King Viserys Targaryen breaks with a century of tradition by naming his daughter Rhaenyra heir to the Iron Throne. But when Viserys later fathers a son, the court is shocked when Rhaenyra retains her status as his heir, and seeds of division sow friction across the realm.”

The fifth episode of House of the Dragon will be aired on HBO on Sunday.