For those who are fans of the Game of Thrones franchise, you know all too well the amount of tragedy that befalls the characters in both the show and book series. House of The Dragon, a prequel to GOT, is no different. In fact, given that it focuses on a family at war with themselves, there’s bound to be even more devastation than ever before. This Sunday’s episode,”The Green Council,”, introduced us to Erryk and Arryk Cargyll– two brothers whose story might just become one of the saddest ones yet in HOTD.

This article contains spoilers for the latest episode of House of the Dragon! If you don’t want to know what happens, stop reading now.

The Cargyll twins, Erryk and Arryk, both served King Viserys loyally during his time as king. Last week’s episode saw them take on much bigger roles in the story,markedly starting their character arc. As twin knights of the Kingsguard, they are responsible for finding Aegon II who disappears from King’s Landing after his father Hightower dies.

Erryk and Arryk start out the episode agreeing with each other, but by the end, their opinions have diverged 180 degrees. Erryk notices the injustice in the Red Keep and plans to help Rhaenys Targaryen get away from King’s Landing– even though it will mean going against Otto and Alicent, who Arryk remains loyal to. This ultimately causes a rift between them that sets them up as future enemies. 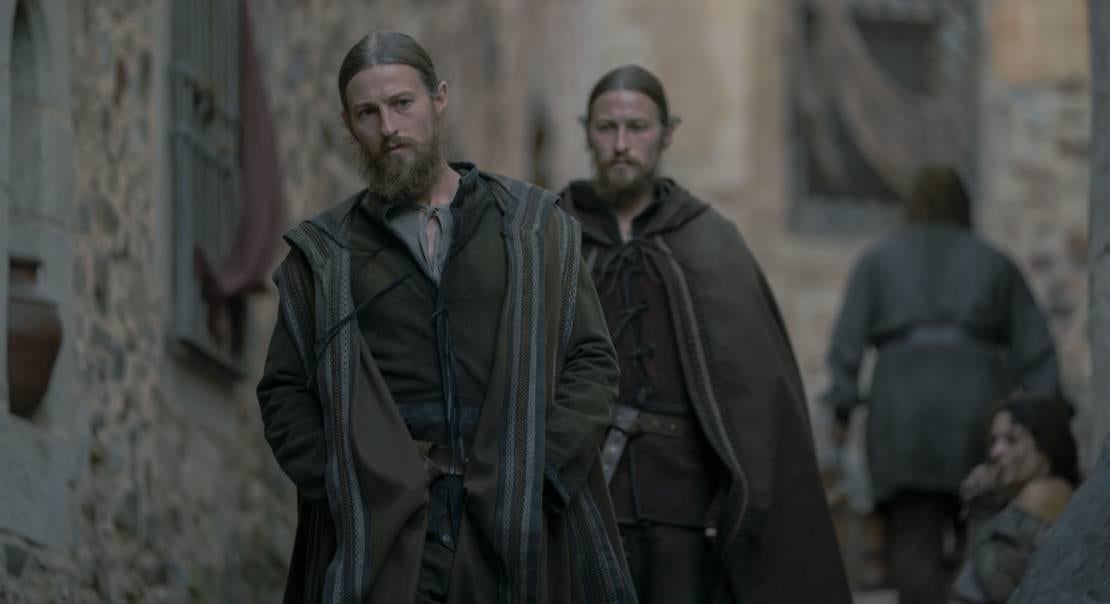 What is the fate of Erryk and Arryk Cargyll?

In George R.R. Martin’s Fire & Blood, Erryk defects to join the Blacks, a group led by Rhaenyra Targaryen. His journey begins when he freeing Rhaenys behind everyone’s back . He eventually makes his way to Dragonstone where he joins Alicent and Aegon as part of Queensguard, while Arryk stays in King’s Landing .

The story of the twins turns tragic when Arryk is sent to Dragonstone to spy on Rhaenyra by pretending to be Erryk. The plan works until both brothers are in the same place and they accidentally start fighting each other with swords. They mortally wound each other and end up dying in embrace. It’s a very sad ending for two loving brothers.

House of the Dragon‘s season finale will be available to watch on HBO and HBO Max next Sunday evening.