It was a sad day when the iconic LA House of Blues on Sunset Blvd was torn down. So many amazing people had played there over the years and it was upsetting, to say the least, to see the LA landmark disappear. Enter now- The new House of Blues in Anaheim. The almost finished venue, is being built at the dying Anaheim GardenWalk, and looks like it could be the thing needed to bring the shopping center back to life.

Wearing custom hard hats, House of Blues executives, art curators, culinary directors, local media and one crane operator came together this week for the first major preview of the new Southern California flagship House of Blues Anaheim. The 44,000-square foot concert venue and restaurant is slated to open Feb. 28th and replaces the one in Downtown Disney that closed last May. 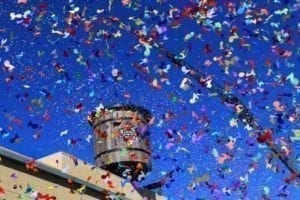 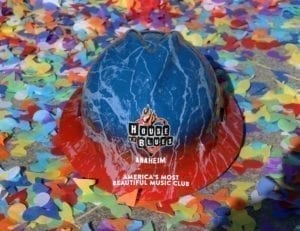 To kick off festivities, a massive four-ton iconic steel water tower was hoisted above the Anaheim skyline by a specially outfitted 10-story crane and guided into its new home atop the new House of Blues Anaheim. Once the water tower had been secured into place, the preview event moved into the new House of Blues Anaheim for a hard-hat tour of the 44,000 square foot facility, which is more than twice the size of the former Anaheim venue and will feature live music in four unique entertainment spaces all under one roof.

The guided tour included the main concert hall which holds 2,200 concert goers while maintaining the intimacy House Of Blues is known for, The Parish with a 400 capacity, the signature Restaurant & Bar, and legendary Foundation Room and VIP club. The new venue is the most advanced House of Blues built to date, the first new House of Blues built in a decade, and the only venue of its kind on the west coast.

“With House of Blues Entertainment celebrating its milestone 25-year anniversary, the new House of Blues Anaheim will be the flagship venue for our storied group of music halls,” said Ron Bension, president of House of Blues Entertainment. “This new venue marks the debut of what we believe will be the most beautiful music hall and dining experience in the country,” Bension told reporters. Adopting modern trends, the restaurant will have a large indoor-outdoor patio, taking advantage of the wonderful So Cal climate. “This is the heart beat of our building,” Bension shared. “I expect the restaurant to become a destination for all types of visitors, not just concert goers.”

The House of Blues Restaurant & Bar team presented a sampling from the new menu of made-from-scratch Southern-inspired cooking that draws its inspiration from across the South.  “It’s food that feeds the soul,” said House of Blues General Manager Tim Jorgensen. “The menu includes our iconic dishes like New Orleans Jambalaya and Gumbo and signature Southern-inspired recipes including the Voodoo Shrimp and the Nashville hot fried chicken salad, and BBQ smoked on-site,” said Jorgensen. The food and drinks were fantastic and this reporter can’t wait to be at the grand opening. 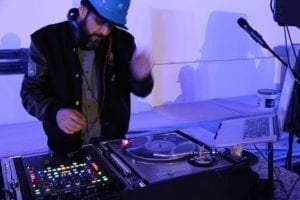 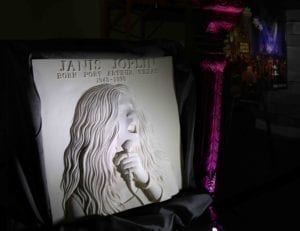 The new venue is less than a block away from Disneyland and will provide So Cal with some of the greatest musical acts around. House of Blues Anaheim will open it’s doors on February 28th, 2017 featuring the band Social Distortion. Social D has the distinction of being the band that has played at House of Blues more than any other and they hold the record for most residency shows in a row at HOB, making it the perfect group to kick off the grand opening.

For more information on House of Blues Anaheim, you can check out their Website or Facebook page. I would get tickets for your favorite bands quick, before they sell out. They will also continue their famous Gospel Brunch starting in April